My research moves between the fields of Modern Greek Studies, Classical Reception, and Modernist Studies. The central focus of my work is the decade of the 1960s in Greece, when the society, economy, and arts developed and transformed radically.

My thesis wants to re-evaluate the literature, and more broadly the culture, produced in Greece at the time and to trace the important role Modernism played in shaping the Greek world of letters. In order to do so, I am introducing the concept of metamodernism to refer to the fecund interaction between (European and Greek) high modernists with the younger generation of artists, as well as to the later stage of production of the Greek modernists, such as Odysseas Elytis and Yannis Ritsos.

The fil rouge guiding my investigation will be the appropriation and reception of the classical myths throughout the 1960s by different authors. Through the metamodernist use of the myths, I aim to uncover and describe the complex interaction between modernist aesthetics and the ‘new’ language emerging in these years of transformation. 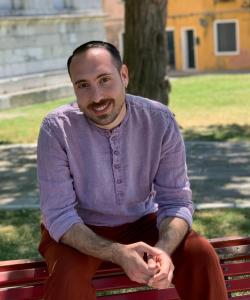 Research: "Greek Literature of the 1960s - A Case of Metamodernism"