I work on early modern, and particularly eighteenth-century, French literature and cultural history. My first book ‘The Querelle des collèges and the Emergence of Littérature, 1750–1789’ (under review with Oxford University Studies in the Enlightenment), based on my doctoral research, taps into the Enlightenment interest in education, and offers new insights into the emergence of modern ideas of ‘littérature’ (e.g. ‘a national canon’, ‘an aesthetically pleasing text’, ‘a discipline for study’). It argues that such ideas emerged in the context of a previously overlooked eighteenth-century quarrel about how to reform literary teaching in the French collèges, which involved over 200 texts, and more than 100 different actors. My second book project goes in a more playful direction, and combines the study of literary and material culture to tell a history of ‘jeux littéraires’ in early modern France. Beyond quarrels, games, and literary learning, I am interested in Diderot and Rousseau, in the interdisciplinary study of literature and the visual arts, and in ways that digital tools can enhance research and teaching in the humanities.

You can find out more about my research and teaching on my website, here. 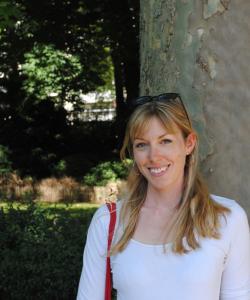