After a year as a Stipendiary Lecturer in German at Wadham and at Queen’s, prior to which I spent a year as a Humboldt research fellow at the Georg-August-Universität Göttingen, I am now a Stipendiary Lecturer in German at St Hilda’s College, as well as the recipient of a MHRA Research Scholarship in 2020/21. My doctoral thesis, which I am currently preparing for publication, was concerned with the Early Romantic poet and philosopher Karoline von Günderrode (1780-1806), and the poetic strategies that Günderrode adopts throughout her literary work — poetry, prose, and plays — to (syncretically) instate a metaphysical understanding of how the individual relates to the world. This focus on metaphysics aligns Günderrode with an anti-materialist strand of thought in German philosophy and literature around 1800, and specifically with the reception of Spinozism following the Pantheismusstreit of the 1780s. One of the primary aims of my thesis was to establish Günderrode a significant intellectual and literary figure alongside the better known Jena circle of Frühromantiker (e.g. Novalis, Friedrich and August Wilhelm Schlegel).

I’m broadly interested in the literature, philosophy, and intellectual history of the eighteenth century. I have also worked on Therese Huber’s responses to Poland and the ‘Polenfrage’ that emerged from the First and Second Partitions of Poland. One side interest I have developed is looking at lesser known figures who have escaped critical attention through the creation of the German literary canon (a predominantly nineteenth-century effort). This has, for example, drawn me to work on the popular poet and pastor, Ludwig Gotthard Kosegarten, and specifically on his religiously inflected response to Moses Mendelssohn’s early Wolffian aesthetics.

I teach modern literature and translation on the undergraduate course: Papers III and IV on the Prelims course; for FHS, Paper VIII and eighteenth-century and nineteenth-century options for Paper X, as well as Paper II (unseen translation). 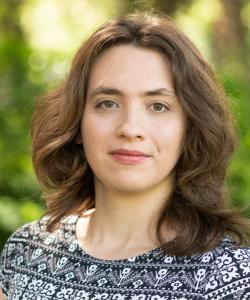