I am a DPhil candidate at the University of Oxford. I completed a BA in English at Queen Mary, University of London (2013–2016) and an MSt in English at the University of Oxford (2016–2017). My DPhil research is concerned with the translation of multilingual texts, with an emphasis on the work of Angolan author José Luandino Vieira. Other research interests include colonial and postcolonial literatures, American and Brazilian literature (esp. Regionalist), representations of urban and rural peripheries, as well as the intersection of close reading, textual criticism, and translation studies.

I am also involved with the Oxford Comparative Criticism and Translation (OCCT) Research Centre where I am organising committee member and co-editor of the OCCT Review.

At the University of Oxford, I teach undergraduate students of the Sub-Faculty of Portuguese across a range of language and literature modules. For students in Prelims, I teach ab initio and post A-Level Portuguese (i.e. oral, prose composition, and grammar), as well as prescribed authors of twentieth- and twenty-first century literature, such as Pepetela (Paper III). For students in the Final Honours School, I teach nineteenth-, twentieth-, and twenty-first century literature of Brazil and Portuguese-speaking Africa, such as Machado de Assis, Graciliano Ramos, and Mia Couto (Papers VIII and XI). I also teach translation from English into Portuguese.

I deliver lectures on postcolonial literature to students of the Faculty of Medieval and Modern Languages, addressing the work of authors from Portuguese-speaking Africa, such as José Luandino Vieira and Mia Couto.

At a graduate level, I have co-taught as Graduate Teaching Assistant on the MSt in Comparative Literature and Critical Translation.

At the University of Cambridge, I teach twentieth-century literature of Brazil and Portuguese-speaking Africa to undergraduate students undertaking the modules Introduction to the Language, Literatures and Cultures of the Portuguese-speaking World (PG1) and Lusophone Culture, History and Politics (PG4). 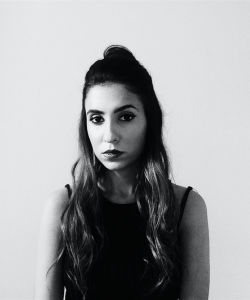