My thesis focuses on Bildung in the work of Wittgenstein and Hesse. In particular, I am interested in how the analogy between play or games and learning can help reconcile the potentially conflicting forces of autonomy and conformity in institutionalized forms of education. How can we facilitate an individual to think for themselves in an institutional environment that is necessarily conformist? I read the ‘game’ analogies used by Wittgenstein (‘language games’ in Philosophische Untersuchungen) and Hesse (‘the Glass Bead Game’ in Das Glasperlenspiel) as contrasting but complementary ways of exploring this problem.

Their works also arise during a period in the early 20th century when the pedagogical value of culture — what it consists in and how/whether it can be preserved - is being called into question by other thinkers and intellectuals. Does Bildung, understood as a cultural education, have any transformative, pedagogic value? Or has it become a way of appearing gebildet or ‘cultured’? Is there a way of supporting the idea of cultural value, without tending towards cultural elitism? Wittgenstein and Hesse continue the philosophical and literary traditions of such debates around Bildung into the 20th century, which stretch back through the Nietzsche and Schopenhauer to Goethe, Schiller, Humboldt, Fichte and Schelling. My other research interests include the philosophy of Heidegger, interactions between philosophy and literature, and translation studies.

I have edited the OCCT Review (Oxford Comparison Criticism and Translation) and convened the Oxford German Graduate Seminars and annual Symposium (2018-2019). I am currently helping to run the International Book Club as part of the Queen’s Translation Exchange, an outreach project promoting modern languages through creative translation in schools and public events. I also manage Business and Distribution for The Oxford Review of Books. 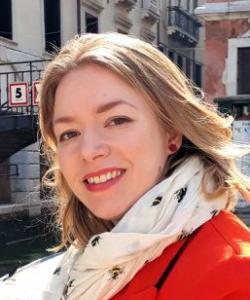 Research: "Building on Bildung in the 20th century – individual and institutional learning in Wittgenstein and Hesse"