My research is centred on sixteenth-century French literature, culture, and thought, and I teach across the early modern period and beyond. My first book (see below) examined the importance of shipwreck as a dynamic and spectacular motif in writing of the sixteenth-century in France. In my current research I am interested in how early modern French writers (including Rabelais, Ronsard, Montaigne, and d’Aubigné, but also technical writers like the architect Philibert de l’Orme) contemplated the connections and tensions between poetics, technology, and the natural environment.

My broader research interests include the intersections between literary studies and the history of science, medicine, and technology; art and architectural history; nonhuman and eco-critical theory; and metaphor theory. I co-run, with Marie Thébaud-Sorger (CNRS/Maison Française d’Oxford), a series of interdisciplinary and international early modern workshops and study days on ‘Writing Technology/The Technology of Writing’.

I teach the whole first-year course in French literature, and sixteenth- and seventeenth- century authors and topics for FHS, as well as French-English translation, including translation theory and early modern translation. I lecture on Rabelais and Montaigne for Paper X, and on ‘Literature and Conflict in Early Modern France’ and ‘Bodies in Early Modern French Literature’ for the early modern period paper (Paper VII). I co-convene the M.St Special Subject on ‘Early Modern Inventions’, and teach a range of critical and theoretical texts, particularly in the field of nonhuman/eco- theory. Before taking up my current post, I held a Supernumerary Teaching Fellowship at St John’s College, Oxford for five years.

I am committed to access and outreach; I have given classes and talks on French grammar, Renaissance love poetry, and cinema for a range of schemes at Oxford and beyond, including the UNIQ summer school, and am a former co-organiser of the French Sub-Faculty’s Film Competition for secondary school students.

My first book, Shipwreck in French Renaissance Writing: The Direful Spectacle (OUP, 2019), demonstrates the importance of shipwreck in narratives of sixteenth-century France, setting fictional and allegorical shipwrecks alongside the eyewitness accounts of travel writers in order to explore the relationship between the material and the metaphorical in this period of political crisis, colonial expansion, and poetic innovation.

An early article from my new project, ‘Rabelais’s Engins: War Machines, Analogy, and the Anxiety of Invention in the Quart Livre’, was published in Early Modern French Studies (December 2016), and a recent chapter on the ‘dark ecology’ of landscape and the body in poetry of the French civil wars appears in Early Modern Écologies, eds. Pauline Goul and Phillip John Usher (Amsterdam University Press, 2020). 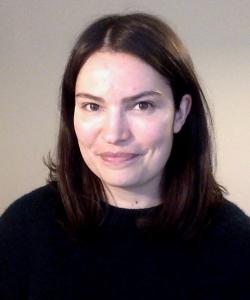