Oliver Ready is a literary scholar and translator specializing in Russian prose of the late- and post-Soviet periods, and in nineteenth-century literature, especially Gogol and Dostoevsky.

Before beginning graduate study he spent time in Saransk, Moscow and Gdańsk, working as a teacher and journalist. After completing his doctorate at Wolfson College, Dr Ready stayed on there as a Junior Research Fellow, before moving to St Antony’s College, where he has convened various seminar series, conferences, and one ‘Translators’ Coven’. He has received prizes for his translations of Dostoevsky’s Crime and Punishment, Yuri Buida’s story-cycle The Prussian Bride, and Vladimir Sharov’s novels Before and During and The Rehearsals.

He serves on the editorial board of the Russian Library (Columbia University Press), and was Consultant Editor for Russia and East-Central Europe at the Times Literary Supplement  from 2008 to 2017.

He is working on a short Life of Nikolai Gogol, and articles on aspects of Dostoevsky’s Crime and Punishment. The novels of Vladimir Sharov (1952-2018), which he is translating, are another major scholarly interest.

A new translation of Fyodor Dostoevsky, Crime and Punishment, with introduction and full critical apparatus (Penguin, 2014)

A new translation of Gogol’s ‘Essential Stories’: And the Earth Will Sit on the Moon (Pushkin Press, 2019)

As translator, Before and During (2014) and The Rehearsals (2018) by Vladimir Sharov 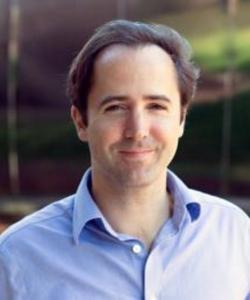