Prior to his enrollment at the University of Oxford, he spent time in Athens, London and Londonderry serving as a research assistant and communications officer. He has a Bachelor of Arts in English Literature and Culture (University of Athens, Greece) and has studied Creative Writing (University of W. Macedonia, Greece) and Contemporary European Politics (University of Bath, UK & Universidad Carlos III, Spain) at Master’s level.

He is Gender/ Sexuality Editor for E-International Relations, Communications Manager and Editor for Student Anthropologist and Editor of the Rupkatha Journal on Interdisciplinary Studies in Humanities. He also writes poetry and many of his poems have been published in Greek literary magazines and collective volumes.

Chairetis works towards completing his DPhil on the queer politics of Greek TV fiction, with chapters on comedy series produced and aired between 1991 and 2007 but rerun up until today. Drawing on genre theory, feminist scholarship and queer theory, he re-reads particular TV comedy series such as Dimitra Papadopoulou’s Oi Aparadekti (1991-1993), Haris Romas’ To kafe tis Haras (2003-2006), and Yorgos Kapoutzidis’ Sto Para Pente (2005-2007) in an attempt to ‘mine’ the queer potentialities in these texts, that may have remained either unnoticed or disavowed.

Chairetis, S. (in press) Review of “Masculinities and the Nation in the Modern World: Between Hegemony and Marginalization” eds. P. D. Anderson & S. Wendt (2015). In: Nordic Journal for Masculinity Studies (NORMA), 13(2).

The (In)Visibles: Lesbian Characters in Greek TV Comedies. To: New Queer Greece: Performance, Politics, Identity (one day colloquium organized under the auspices of the Journal of Greek Media and Culture and the sub-faculty of Byzantine and Modern Greek), Oxford University, Oxford, United Kingdom, June 2017.

Research Assistant, The International Conflict Research Institute, Londonderry, N. Ireland (03.2012 – 08.2012). Duties: Served as course & workshop assistant for two workshops on the topic of evaluation in conflict prone settings; provided research assistance on a political ethnographic study in N. Ireland and contributed to the shaping of the article “The Politics of Post-Conflict Space: The Mysterious Case of Missing Graffiti in Post-Troubles N. Ireland”, Contemporary Politics, Volume 19, Issue 2, 2013. 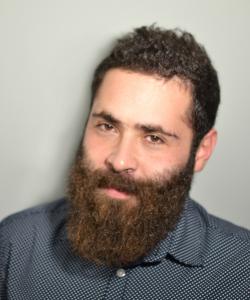