My research explores how nineteenth-century fantastic French writing is visualised by the reader, particularly in relation to the crucial hesitation argued to define the fantastic by Todorov (1970), which is said to occur between an étrange and merveilleux explanation for the supernatural incident in the text. Due to the cognitive literary aspects of my project, I am also conducting an experiment as a part of my DPhil thesis to investigate how the vividness of a reader’s visualisation might vary across a fantastic text. I believe that the hesitation felt by the reader in a fantastic text is reflected in their inconsistently vivid visualisation when reading, compared to that of a non-fantastic text. My supervisors for this project are Dr. Tim Farrant and Dr. Emily Troscianko.

Before beginning my DPhil in 2019, I completed an MPhil in European, Latin American and Comparative Literatures and Cultures at the University of Cambridge (2018-2019) and a combined honours BA in English and French at the University of Exeter (2014-2018). My areas of interest include nineteenth-century French literature, alienation, fantastic, gothic, and horror fiction, fairy tales, and cognitive literary criticism. 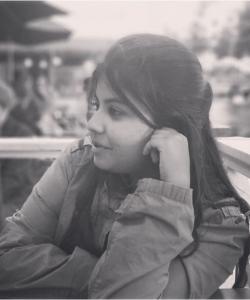