My AHRC-funded doctoral project, ‘The Design of Montaigne’s Essais’, reads Montaigne’s text through the lens of the concept of dessein. Taking as its starting point the restless polysemy of the the term, my thesis follows dessein around in the Essais, uncovering what it reveals about Montaigne’s attitudes to the relationship between mental idea and external expression, chance and control, aesthetics and poetics, and in so doing shed light on the connections between literature, philosophy and visual art in Montaigne and in his wider historical context. A central claim of my thesis is that Montaigne’s writing is ‘drawing-like’, the product of an embodied mode of experimentation and mediation between thought and world, mind and matter.

More broadly, my research interests are in the fields of Literature, Philosophy, Visual Art & Art Theory, and particularly where these overlap. I am currently in the (very) early stages of a new project on the figure of Anteros in sixteenth-century French literature. My first article, on the dynamics of what I term ‘anterotic friendship’ in sixteenth-century poetry, is forthcoming in Early Modern French Studies.

I currently teach in the French Department at the University of Bristol, where I convene a 4th Year unit on the Essais of Michel de Montaigne, and contribute teaching on the following:

Before Bristol, I was a Lecturer at Oriel College for two years, where I taught the following:

I have taught on various outreach programmes, including a Pembroke Study Day, Oxford Pathways and the Oxford UNIQ summer school (2018, 2019).

I am also an Ashmolean Junior Teaching Fellow on the Krasis Programme. Details of my teaching for the programme can be found here.

Together with Rebecca Bowen, I convene the Perlego series, an ongoing workshop on methods of research across literature and the visual arts. I was graduate convener for the Early Modern French Research Seminar and co-convener of the French Graduate Seminar in 2017-19. In 2017-18 I co-ordinated the Gender & Authority TORCH Network. From 2016-2019 I ran a Literature & Philosophy reading group for graduates of the faculty and beyond.

I believe firmly in the idea of academia as a community space. I served as Academic Events Officer and President of the Medieval & Modern Languages Graduate Network Committee between 2016 and 2018, positions through which I set up the first MMLGN Graduate Conference (now in its third year) and created a mentoring scheme for members of the graduate community. 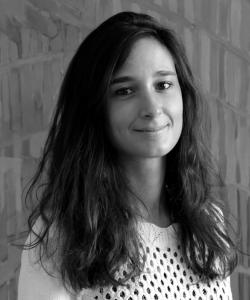 Research: "The design of the Essais: Montaigne and the language of 'dessein'"