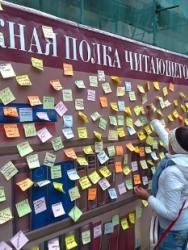 An interactive online learning environment for students of Russian

The online learning and testing system for upper-intermediate and advanced learners of Russian (B2–C1 level according to the Common European Framework of Reference for Languages) provides students with essential support in the acquisition of new language competencies and skills and in mastering the existing ones. The project is the first stage in the development of a comprehensive online training course in Russian grammar. The scope of this project stage is acute learning problems in one area of the Russian grammar, namely, the syntax of the simple sentence. 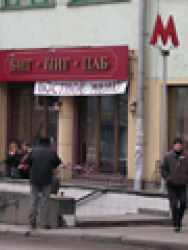 National Identity in Russia from 1961: Traditions and Deterritorialisation

http://www.mod-langs.ox.ac.uk/russian/nationalism/
The rise of nationalism is one of the most prominent and worrying phenomena in modern Russian culture, impacting on diplomatic and trade relations, attitudes to foreigners and migrants, on education, and on cultural politics. However, the background to the problem is often poorly understood, not just in journalism, but in academic work as well. Little so far has been done to investigate the relationship between proclamations of Russian supremacy by politicians and popular attitudes, let alone to investigate Russians’ views of themselves and of Russianness at deeper levels.
Read more