The Cultural Legacy of María Zambrano

The philosopher María Zambrano (1904-1991) is one of the foremost Spanish intellectuals of the twentieth century. A disciple of Ortega y Gasset, she taught at the University of Madrid in the 1930s and joined the Republican diaspora in exile, living in México, Cuba, Puerto Rico, Paris, Rome and Geneva till her return to Spain in 1984. A heterodox philosopher who conceived her role as that of an agent for ethical change, she sought to reconcile philosophy and poetry, and wrote not only essays on philosophy, but also plays, poetry, literary and art reviews, and a memoir. After the relative obscurity of her life in exile, her genius began to be recognized in the decade before her death, but she remains little known outside the Spanish-speaking world. These essays explore her legacy, offering new critical insights which draw on literature, aesthetics, gender studies, psychoanalysis, political theory and the visual arts. 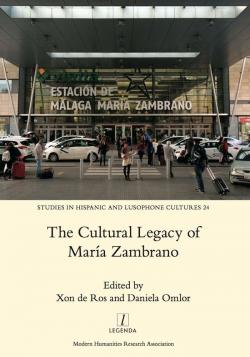