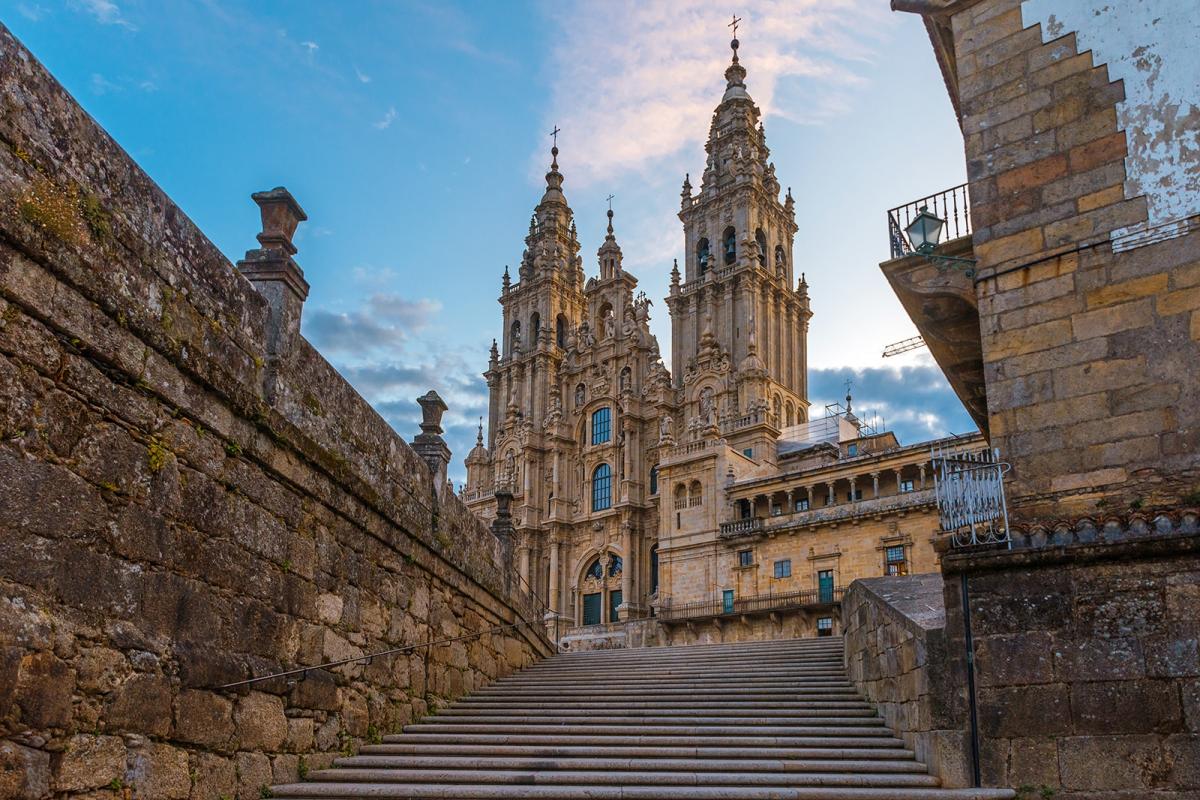 Students at the John Rutherford Centre for Galician Studies (Nathan Leach, Erin Nickalls, Laura Norris, Cliona Vaughan-Spruce and Nicholas West) have translated seven contemporary Galician texts, by seven contemporary Galician poets, over seven weeks. Click here or in the image below to see their results, along with the original Galician texts. Posters and postcards with excerpts of these texts can be found all over Oxford as a way to bring poetry and Galician language to the streets. 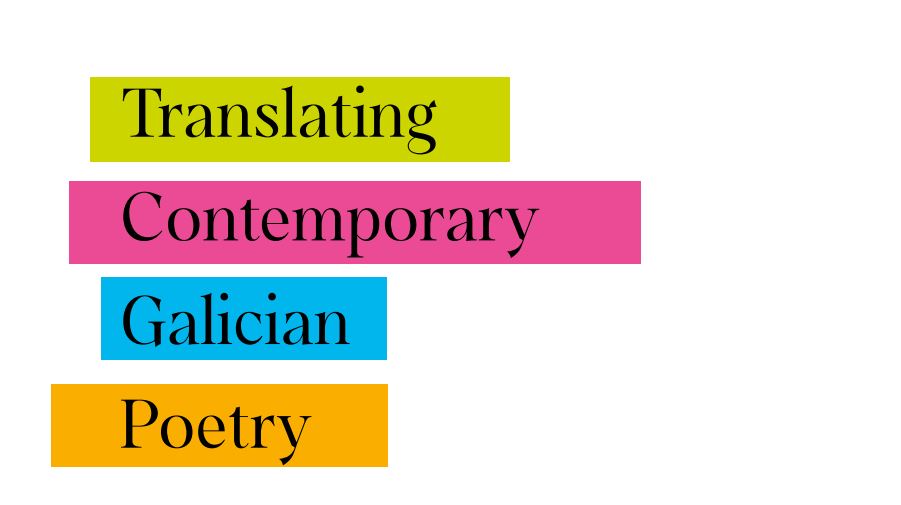 Galician, historically the mother-tongue of present-day Portuguese, is a Romance language currently spoken by more than two million people mainly in Galicia, in northwestern Spain, as well as in some border areas of the neighbouring regions of Asturias, Castile-León and even Extremadura, in addition to the Galician migrant communities around the world.

The Centre for Galician Studies at the University of Oxford, housed in the Queen’s College, was founded in 1991 under the Directorship of Dr John Rutherford with the support of the Xunta de Galicia, being the first academic institution to offer Galician Studies outside Spain.

Within the framework of the Faculty of Medieval and Modern Languages, the Centre organises a wide variety of cultural and research events each year and co-organises the biannual Forum for Iberian Studies, which brings together the different languages and cultures of the Iberian Peninsula on an equal footing.

The library of the John Rutherford Centre for Galician Studies is a well-stocked and welcoming space which offers an ample collection of books, dictionaries and audio-visual material related to Galician culture, where teaching and research takes place.

Galician culture has been shaped to a large extent by its peripheral condition throughout the centuries, developing a genuine and strong sense of identity; a fascinating collective imagination that embraces a founding myth shared with the Irish legends (the Sons of Mil, Breogan and the Tower) as per its Celtic heritage, or even numerous presences of the Arthurian legends in its literature since the Middle Ages -when Galicia was the cradle of one of the most important literary movements of all times, the Galician-Portuguese lyric-, until nowadays.

In spite of the historical and political changes which led to their current differences, Galician and Portuguese are considered under the same linguistic system, so that Galicia and Galician language constitute a privileged bridge between Spain and the enthralling Portuguese-speaking world.

Although Galician is not available as a full Modern Languages degree subject, it can be studied as a language course (both for undergraduate and graduate students) in combination with the main language pair, especially for those who are reading Portuguese and Spanish or other Romance languages; and as an optional Paper at Finals (Paper VIII, XII or Extended Essay in Galician Literature or Linguistics).

This course provides an introduction to Galician language and culture for complete beginners and its content is equivalent to level A1+ of the Common European Framework of Reference for Languages (CEFR).

Through both grammatical and communicative approaches, this course aims to enable students to communicate in a basic range of everyday situations relating to personal needs, achieving an initial proficiency in both spoken and written, as well as familiarising them with the main historical events and debates related to the Galician language.

This course corresponds to a level amongst the A2 and B1 of the European Framework of Reference for Languages (CEFR). Through grammatical and interactive approaches, it is intended to extend the language skills of those students who either had previously read the elementary level or have an intermediate-advanced level of Spanish and/or Portuguese that facilitates their learning of Galician at this stage.

It aims to develop comprehension and oral-aural skills, reading and writing in Galician in a wider range of situations and registers, as well as to address topics related to Galician cultural traditions and their contribution to the formation of national identity.

This interactive course is between level B1 and B2 of the European Framework of Reference for Languages (CEFR) and aims to further develop the students’ language skills and understanding of the Galician culture and contemporary society.

Enabling them to interact with a higher degree of fluency and confidence in Galician, the students are encouraged to converse and discuss familiar topics and current affairs with spontaneity using more complex grammatical structures, as well as to practise reading and writing in their own time.

This communicative course, between levels B2 and C1 of the Common European Framework of Reference for Languages (CEFR), is aimed to those students who had already achieved the previous levels and/or spent their Year Abroad in Galicia, and who wish to perfect and/or keep their fluency and writing skills with a higher degree of sophistication.

Through a very interactive  approach, the most common activities at this level comprise diverse exercises where the conversations and the debates are generally around complex topics of the Galician sociocultural and sociolinguistic context at present, amongst many other issues.

19th to 20th Century Galician Literature: students can take the prose option, the poetry option or both of them.

This course is intended to provide an understanding of the more important currents in Galician literature since the 1970s up to the present day.

Candidates will be expected to have a general knowledge of the field and a detailed knowledge of works by at least three authors (the list of authors may vary slightly from year to year), being encouraged to read not only narrative but also poetry and theatre. This course focuses mainly on issues of cultural, national and gender identity.

Candidates are required to show knowledge of the descriptive analysis of the contemporary language, and will have the opportunity of discussing the historical development of the language where this illuminates present-day usage. Candidates will study the structure of Galician as spoken and written at the present-day (phonetics, phonology, morphology, syntax, semantics); an overview of the external history of the language and the regional varieties, the current sociolinguistic situation, standardisation and language policy.

This paper focuses on the key socio-political, historical and cultural circumstances that led to the development of a differentiated view of Galicia and the birth of contemporary Galician literature during the 19th century, a period known as ‘Rexurdimento’. By studying the main works of its greatest authors, this course deals with issues of cultural and national identity within the context of a multicultural Spain.

If you can support us, please donate through the Campaign for Oxford.