During the Enlightenment, many men and women of letters envisaged the continent’s future, in particular when stressing their hope that peace could be secured in Europe. Published in French, and edited by academics from the University of Oxford and the University of Augsburg, with colleagues from different European countries, this volume gathers such texts on Europe, its history, its diversity, but also on what its nations have in common.

The historical origins of a projected European union, the desire to consolidate the continent’s ties to the Maghreb or to Turkey, the importance granted to commerce and the worries engendered by history’s convulsions, but also the hope vested in future generations are all apparent in the texts included in this anthology. The publication of this book coincides with the 2017 French Presidential Election on May 7th and Europe day on May 5th-9th – with the EU’s future uncertain, these issues have never been more critical, this volume could not have been more timely. 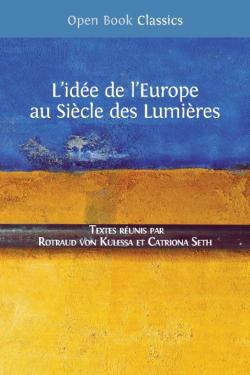