Rilke: The Life of the Work

The life of Rilke’s work is in its words, and this book attends closely to the life unfolding in Rilke’s words over the course of his career. What is a poem, and how does it act upon us when we read? What does reading involve? These are questions of the greatest interest to Rilke, who addresses them in several poems and for whom the experience of reading affords an interaction with the world—a recalibration of our ways of attending to it—which sets it apart from other kinds of experience. Rilke’s work is often approached in periods—he is the author of the Neue Gedichte, or of Malte, or of the Duineser Elegien, or of the Sonette an Orpheus—as if its different phases had little to do with one another, but in fact his writing is a concentrated and evolving exploration of the possibilities of poetic language, a working of the life of words into precise and exacting forms in dialogue with the texture of the world.

This book traces that trajectory in a series of close readings that do not neglect the lesser-known, uncollected verse and the poems in French, as well as Rilke’s activity as a translator of Michelangelo, Shakespeare, Barrett Browning, Mallarmé, and Valéry, among many others. These encounters were part of Rilke’s engagement with the world, his way of extending the reach of his language to get it ever closer to the ungraspable movements, the risk and promise, of life itself. One of his best-known poems ends with the words ‘You must change your life’, an injunction that animates the whole of his work. 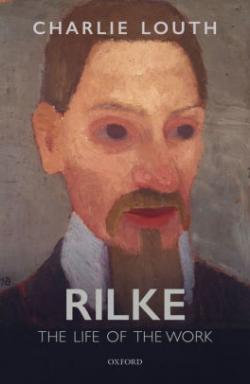