A Tale Blazed Through Heaven

A Tale Blazed Through Heaven examines developments in the representation of the classical tale of Mars, Venus, and Vulcan in the literature and painting of the Golden Age of Spain (c.1526-1681). Anchored in close analysis of individual primary texts, the five chapters that comprise this study assess how poets and painters breathed new life into the tale inherited from Homer, Ovid, and others, examining some of the ways in which the story of Mars, Venus, and Vulcan was disguised, developed, expanded, mocked, combined with or played off against different subjects, or otherwise modified in order to pique the interest of successive generations of readers and viewers. Each chapter discusses what particular changes and shifts in emphasis reveal about the tale itself, specific renderings, the aims and intentions of individual poets and painters, and the wider context of the literary and visual culture of Early Modern Spain. Discussing a range of poems by both canonical and less well-known, and culminating in detailed examination of select mythological works by Philip IV’s court painter, Diego Velázquez, this book sheds light on questions relating to aspects of classical reception in the Renaissance, the rise of specific poetic styles (epic, mock-epic, burlesque, etc.), the interplay between the sister arts of poetry and painting, and the continual process of imitation and invention that was one of the defining features of the Spanish Golden Age. 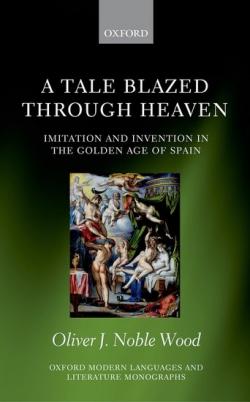