Hilary 2020
Emily Balkwill
Emily Balkwill (Somerville) has taken up the challenge of learning Catalan and is enjoying the language and culture. 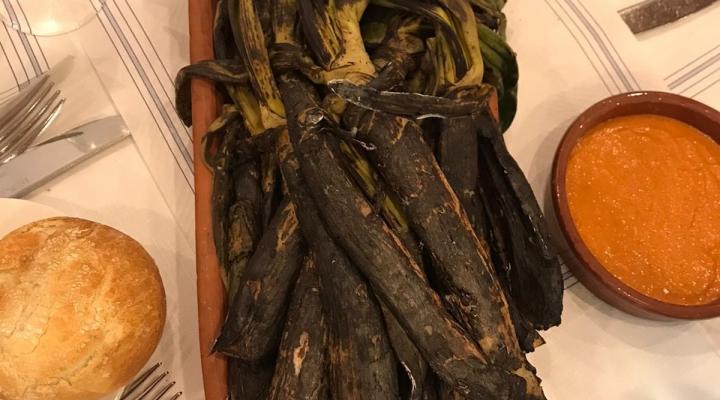 “Is Catalan a dialect of Spanish?” This is a question of which I have grown less and less fond over the past couple of years. As an individual who is learning the language, it may be easy to face such a question with scorn, but I try to remind myself that before beginning my languages degree at Oxford I too was none the wiser. At school, I had heard the word “Catalan” uttered in passing, maybe even in conjunction with “Basque” and “Galician”, but it was as if only Castilian, or what we know more globally as Spanish, mattered. Indeed, for the A-Level syllabus at the time, which barely touched on Catalan culture, it was all that mattered.

Perhaps it was not only the opportunity to really pursue Catalan linguistically and culturally at university that sparked my interest. Having grown up speaking the Cypriot dialect of Greek, the recognition of minority dialects, let alone languages, resonates with me on an intrinsic level. It was encouraging to see that my first Catalan teacher seemed to also feel this way, and she guided me through my first encounter with the language at the very start of my year abroad. I went on to spend four months working in the heart of Barcelona, and my love for the language and its culture continued to grow.

What I found most striking was the surprise on native speakers’ faces when I addressed them in Catalan. Often, they would answer me in Castilian, which was admittedly discouraging at first. However, I came to realise that perhaps my Catalan wasn’t as unintelligible as I had once thought – or, at least, I hope that it wasn’t. Rather, I began to understand that they were simply unaccustomed to hearing their native language spoken by a foreigner. This made me persevere. Although I naturally stumbled on occasional words here and there, made grammar mistakes and even forgot basic vocabulary at times, I was always encouraged and faced with the utmost enthusiasm.

Almost two years after my first contact with Catalan, I continue to learn the language at Oxford. I think it’s wonderful that Spanish students are given the opportunity to take language classes and study specific modules in Catalan linguistics or literature. Though at school the textbooks failed to recognise just how different Catalan and Castilian are, my first-hand experience of getting to know the language and its culture made these differences clear as day.It must be recognised that the Catalan language was heavily suppressed between 1936 and 1975 under Franco’s dictatorship. So perhaps the surprise upon hearing a foreign accent pronounce the very words that were qualified as inferior to their Castilian translations is a remnant of its harsh past. Despite this, Catalonia has made persistent efforts to preserve and promote its language. Offering state-run night classes free of charge and introducing Catalan as an official language in the educational system are prime examples of this determination.

Learning Catalan has helped me understand the importance of keeping minority languages alive. During my first calçotada – a traditional social occasion where a type of scallion, called calçot, is grilled and eaten with romesco sauce – being able to communicate and interact in Catalan intensely enriched the experience. Ultimately, my Catalan learning process has been filled with positive encounters and has helped me to widen my perspectives. It is thanks to this that I truly believe that culture is lived more fully when seen through the lens of its native tongue.