Broadcasting Nations: A History of the BBC German Service

Trinity Term 2020
Emily Oliver
Emily Oliver is Senior Instructor for German at Oxford. She specialises in twentieth-century Anglo-German cultural history, and is currently writing a history of the BBC German Service. 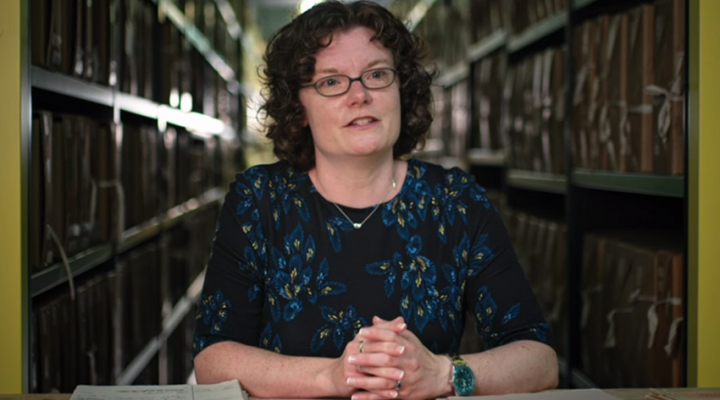 Emily Oliver being interviewed at the National Archives (Kew).

Did you know Britain used to have its own German-language radio service? I certainly didn’t until a few years ago, when I was working on a project at King’s College London researching the British post-war occupation of Germany, and came across references to the BBC German Service. As a specialist in Anglo-German cultural relations, what I really wanted was to read a history of the German Service, so when I discovered that none existed, I decided to write one myself. Broadcasting Nations is the first full study of the BBC German Service and its contribution to twentieth-century Anglo-German relations from its founding in 1938 to its closure in 1999. The project investigates the BBC German Service’s institutional background, its influence on post-war German media and on the careers of émigré writers in its employment, and the image of Britain projected to German listeners.

The BBC German Service was founded somewhat hastily during the 1938 Munich crisis, as a way of communicating directly with Germans in their own language. Its first broadcast was a German translation of Neville Chamberlain’s speech from 10 Downing Street upon his return from meeting Hitler in Munich. It proved to be a baptism of fire: with only a few hours’ notice from Number 10, BBC producers frantically telephoned all over London to locate suitable German speakers and translators. They drafted in Austrian journalist Robert Lucas to translate the speech in real time, and pulled Walter Goetz (a German-born Daily Express cartoonist, who had zero broadcasting experience) out of a cocktail party to read it live on air. Since the BBC needed to use some of its usual frequencies to transmit the speech, the broadcast provoked a number of calls from alarmed British listeners, convinced the Germans had invaded and taken over Broadcasting House.

Following this rather inauspicious start, over the course of the Second World War the Service established a reputation as the ‘voice of truth’, providing accurate and objective news to its clandestine listeners in the Third Reich. It also broadcast a number of satirical programmes with recurring characters who regularly made fun of leading Nazi figures. Although the BBC employed a diverse wartime workforce of German and Austrian émigrés, they were restricted to writing scripts and voicing characters, since only British nationals were permitted to appear on-air as themselves. The significant exception to this rule was novelist Thomas Mann, who regularly addressed the German people in his now famous broadcasts. The BBC went to considerable lengths to obtain Mann’s contributions: once they had been recorded in California, the records were couriered to New York, then played down the line to London and re-recorded for transmission to Germany. 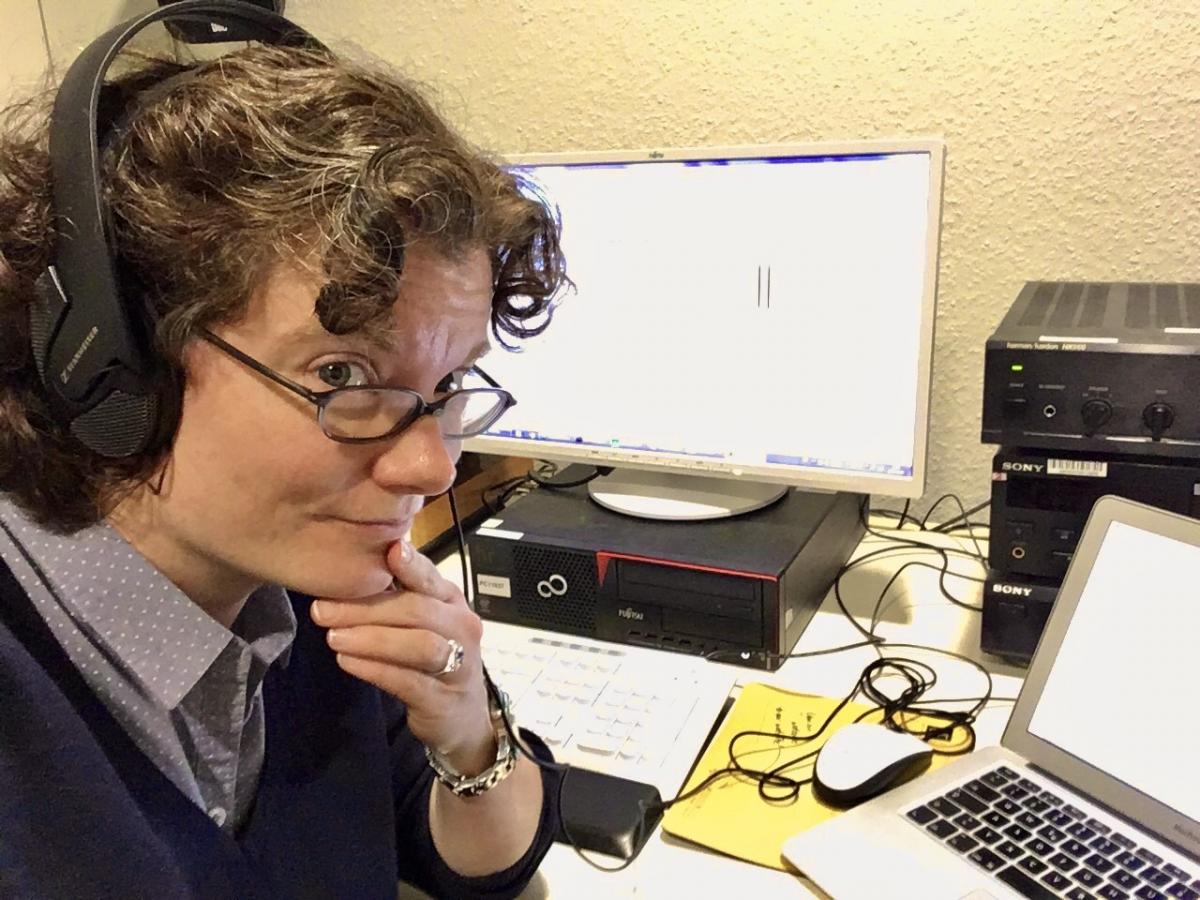 Emily Oliver at the German Broadcasting Archive in Frankfurt.

Throughout the war, Hugh Carleton Greene (brother of novelist Graham Greene) led the German Service, working closely with the Political Warfare Executive, a secret government department in charge of collecting intelligence and coordinating Britain’s propaganda effort. After the war, Greene played a crucial role in creating Germany’s first public service broadcaster, the Nord-Westdeutscher Rundfunk (NWDR), before becoming the BBC’s Director General in the 1960s. Other significant German Service employees included the Hungarian-born Martin Esslin, who scripted countless contributions during the war, and went on to become the BBC’s Head of Radio Drama. Austrian poet Erich Fried worked for the Service from the late 1940s to the 1960s, contributing weekly talks for its programmes aimed at East German listeners, before becoming one of the twentieth century’s foremost German-language poets and Shakespeare translators. 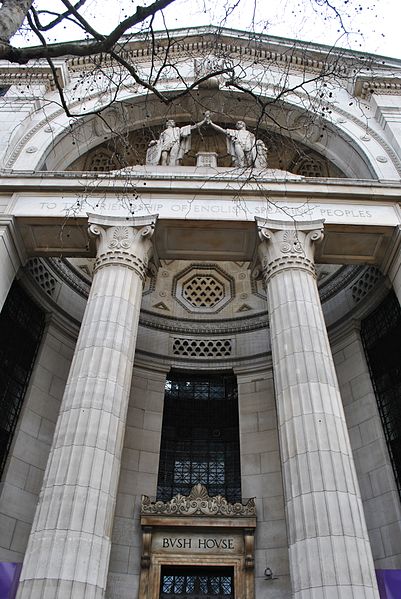 During the Cold War, the BBC’s most popular programme for East Germany was ‘Letters without Signatures’, in which presenter Austin Harrison read out anonymous letters from listeners and responded to them on air. Remarkably, thousands of original listener letters from the 1940s to the 1970s have survived in the BBC Written Archives Centre in Caversham, with contributions as diverse as the listenership itself. In 2019, I was fortunate enough to contribute to a BBC4 TV documentary tracing the fate of some of these letters, and showing the lengths to which the East German secret police went in order to trace the letter-writers themselves. The documentary was broadcast as part of the BBC’s Cold War Season marking the anniversary of the fall of the Berlin Wall, and you can read more about it on the BBC History Blog.

Media interest in this research project has been one of its most pleasing facets: in addition to the TV documentary, I have had the chance of contributing to a Radio 4 programme and even of presenting an hour-long documentary on the BBC World Service myself. Other great pleasures have included finding hidden gems among the original scripts and listener correspondence in the archives, and interviewing former BBC German Service employees – all of whom have been extremely helpful and informative. The remaining challenge is to turn all of this wonderfully rich material into a book which does justice to the BBC German Service’s fascinating and varied history – a challenge I am enjoying immensely.