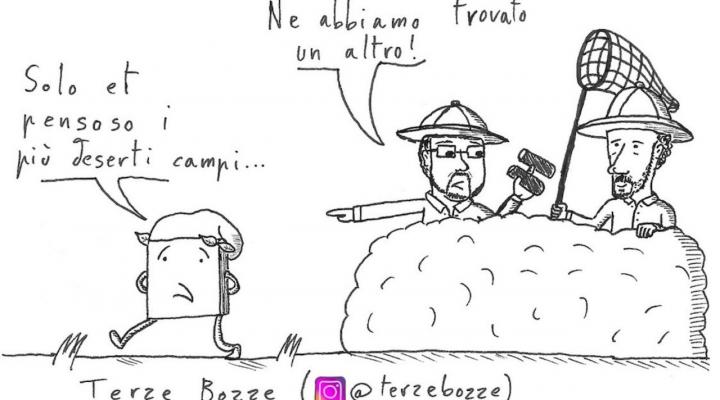 Cartoon of Giacomo and Lorenzo, postdocs.

A recent funded collaboration across three institutions – Oxford, Leeds and Manchester – has investigated how commentators, editors, academicians, and many other kinds of reader responded to the Italian language poetry of Francesco Petrarca (1304-74).  The three-year project (January 2017-December 2019), which was generously funded by the Arts and Humanities Research Council, brought together a team of seven. The project as a whole sought to map interpretative activity in Italy on Petrarch’s vernacular poetry during the first two centuries of its transmission, exploring the presentation and discussion of his verse in both print and manuscript.

One of the project’s major outcomes is a new resource that is called the ‘Petrarch Exegesis in Renaissance Italy’ database, in short PERI. Available online at https://petrarch.mml.ox.ac.uk, PERI represents the first fully searchable and detailed census of Petrarchan commentaries, lectures, and other modes of exegesis and forms of assistance for his readers. PERI provides detailed records for an extensive, untapped body of empirical data, including nearly 300 print editions and well over 450 manuscripts. A launch event at the Taylor Institution Library in December 2018 gave an initial taste of the research findings (at that launch, we showed a case of Petrarchan materials related to the project and other Petrarchan curiosities held by the Taylor). As well as the database, the project has also produced a major new digital library, indeed the first dedicated online digital library of early printed Petrarch editions and commentary material in the world. Overseen by one of the project’s Co-Investigators, Dr. Guyda Armstrong, the Petrarch collection contains over 80 editions of texts photographed from the collections at the John Rylands Library at Manchester  (https://www.digitalcollections.manchester.ac.uk/collections/petrarch/1). We hope to add a further fourteen editions to this digital library through an ongoing collaboration with the Special Collections of the Hesburgh Library at the University of Notre Dame.

A project such as this, gathering data from libraries worldwide, can only be undertaken collaboratively. The database would simply not have been possible without the remarkable commitment of three indefatigable postdoctoral fellows – Dr. Giacomo Comiati, Dr. Lorenzo Sacchini, and Dr. Francesco Venturi. The fellows travelled far and wide, going to libraries in the United Kingdom, Italy, Spain, France, Germany, Switzerland, Austria, Norway, Russia, and the United States, although most time and effort were dedicated to collections in Italy, above all in Florence and Rome.

The database itself attempts to be as inclusive as is possible, and to provide maximum assistance to its users. Of course, we had to make some necessarily pragmatic choices during its development. We had to exclude, for example, certain genres and texts (e.g. satirical treatments, letters, works on poetics), even though we knew exegesis on Petrarch was being discussed there. And we wanted to (but could not) give more space and attention to what might be called visual commentaries on Petrarch. However, the sheer size of our corpus and the time available meant we had to decide to restrict our enquiry to the most explicit treatments. The top-level records in the database provide information related to the title, copies seen, date, editor/copyist/printer, dedicatee, mode of exegesis (see below), and visual elements. Most entries include notes, bibliography (the project assembled its own extensive bibliography which also available on the project website) and an indication of any available digitized editions and relevant online references. We have tried to be helpful to later bibliographical and philological work, and, crucially, we have tried to describe the actual physical objects in as much depth as possible. For these reasons, all entries include records that give both a physical and an internal description: the information provided here is especially detailed. Our primary focus was not, however, bibliographical or philological as such, but rather was with exegesis, and, as a result, the primary field in the database is one that we decided to call ‘Mode of Exegesis’. During our weekly team meetings, held throughout the project, we had much stimulating discussion and debate about this heading. We became ever more aware that the boundaries between some of our principal subdivisions of ‘Mode of Exegesis’ – ‘Commentary’, ‘Lecture’, ‘Tools for the Reader’, ‘Annotations’, and ‘Life’ – are fluid and permeable, and that the terms used in early Italian and Latin to refer to them are richly polyvalent. Our concern was to provide users not with a precise and rigid set of typologies but rather with a preliminary set of organizing categories for our data. The database now has records for 213 commentaries, 86 lectures, 100 sets of annotations, 204 lives, and some 488 tools for the reader. And we hope our users will re-interrogate such categories in considering and reconsidering each specific act of exegesis. The most complex and purposefully fluid subdivision here is ‘Tools for the Reader’, where we have included indexes, short notes of various kinds, epitaphs, glossaries and word lists. 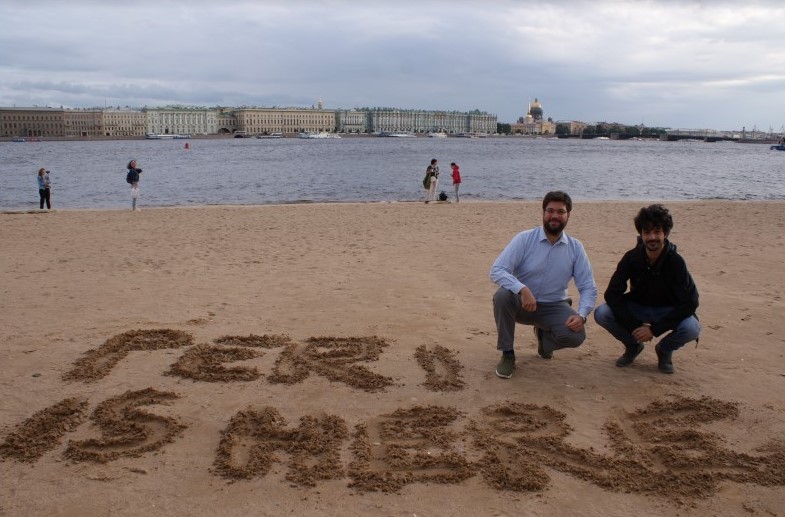 The project used the subdivisions into ‘Commentary’, ‘Lecture’ and ‘Tools for the Reader’ in the dissemination and conference activity that it also organized. It did this first at an exploratory workshop (held in Venice in September 2018: some of the papers delivered there have been published in mini-special issue: Italian Studies 75 [2020], 4-70), and then in a major international conference organized at Leeds in December 2019 by the project’s other Co-Investigator, Federica Pich (we are planning to publish the proceedings of the conference).

In spite of Petrarch’s immense cultural significance, literary popularity and transnational appeal, the Italian corpus of Petrarch commentary and exegesis had in the past tended to be studied through work on single commentators or themes. This was an inevitable result of the difficulties in documenting the vast and heterogeneous body of texts. Now with a substantial number of these materials documented and assembled by means of the PERI database and the support of the digital library, our hope is that it should be possible to analyse these works in more richly contextualized ways, exploring their genres, contents (including paratextual materials), readerships, and contexts in the depth of perspective they deserve. After all, probably no poet has been so foundational to the language, literature and cultural awareness of Europe as Petrarch, especially as he became a model for poets throughout Europe and assisted the rise of national vernaculars. Our hope is that future projects might make use of PERI and the project’s other resources and publications in order to investigate how the foundational Italian corpus was circulated and transformed both in and across national and linguistic borders, how exegetical work contributes to canonicity at both national and transnational levels, and how Petrarch is himself multiplied and transformed into a wealth of other voices and identities by the agency of commentators, editors, readers, translators, illustrators, and other poets.