Trinity 2020
Henrike Lähnemann
We are fortunate to entertain excellent relationships with many diplomats who are appointed to positions in the U.K. and come and visit Oxford during their time here. 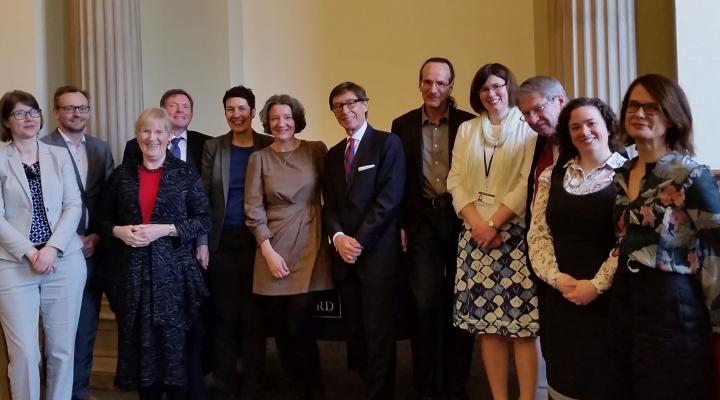 On 26 February 2019, Goethe in his medallion in Room 2 of the Taylor Institution Library witnessed a rare spectacle: a round table of diplomats and Germanists, discussing the future of German Studies, Anglo-German relationship and the relevance of language learning in in the UK.

This had come about as a request from the German Ambassador to the United Kingdom, Peter Wittig, who had made it his mission to visit German departments around England. The meeting generated a lively exchange on a wide range of topics: the long standing initiative of the Oxford German Network, Oxford’s twinning with Bonn of over 75 years (one of the oldest partnerships between German cities), working with partners in the UK and several current research and teaching initiatives. The presentation on the German resistance group of the White Rose which is currently explored by Dr Alex Lloyd through translations and exhibitions (read more here) provided a particular surprise: It turned out that the Ambassador had a personal relationship to one of the members of the Weiße Rose through relatives of his wife. 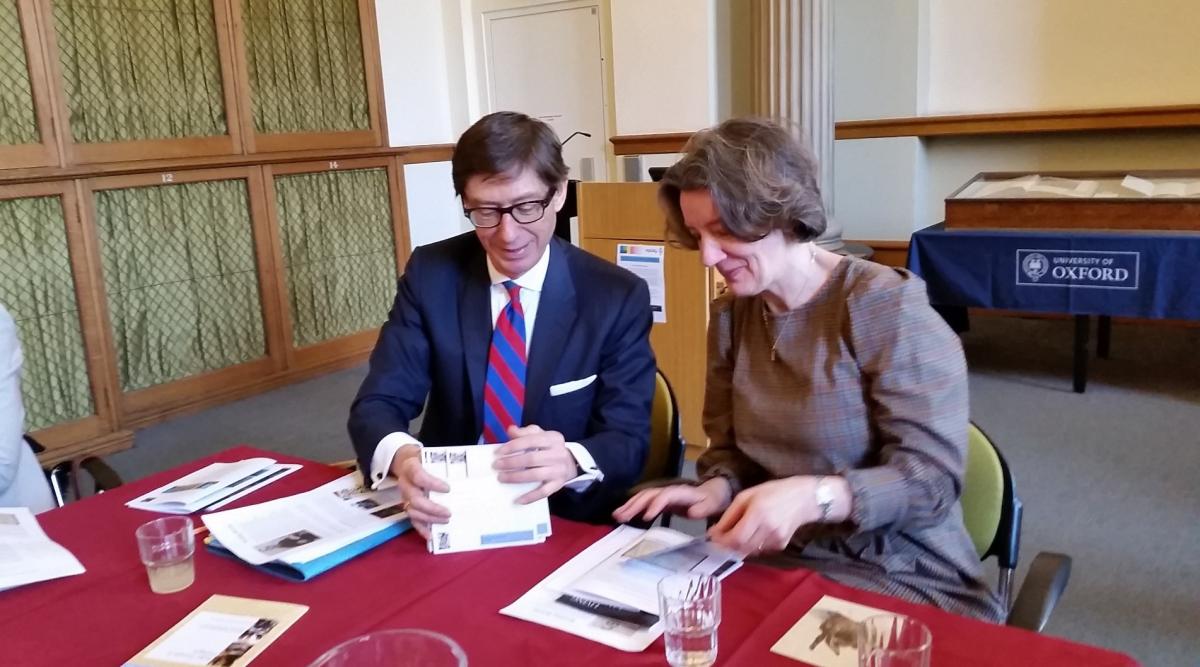 Ambassador Peter Wittig and Prof. Karen O’Brien, the Head of the Humanities Division, looking through postcards from the Writing Brecht project (look at them here) and the edition of bilingual poems by Yoko Tawada produced when she was Writer-in-Residence in Oxford (read it here)

Of particular interest was also the small exhibition which Emma Huber, the German subject librarian, had put together from the special collections of the library, on documents from the first Taylor Professor of German Language and Literature, Prof. H.G. Fiedler, who was one of the first to trial a practical approach to conversational German through recordings and transcripts (you can listen to a remastered version of these early recordings here).

This meeting was just one of many occasions when the Ambassador came to Oxford – he was always open to invitations also by student societies and ready to provide inspiring lectures on a wide range of topics. 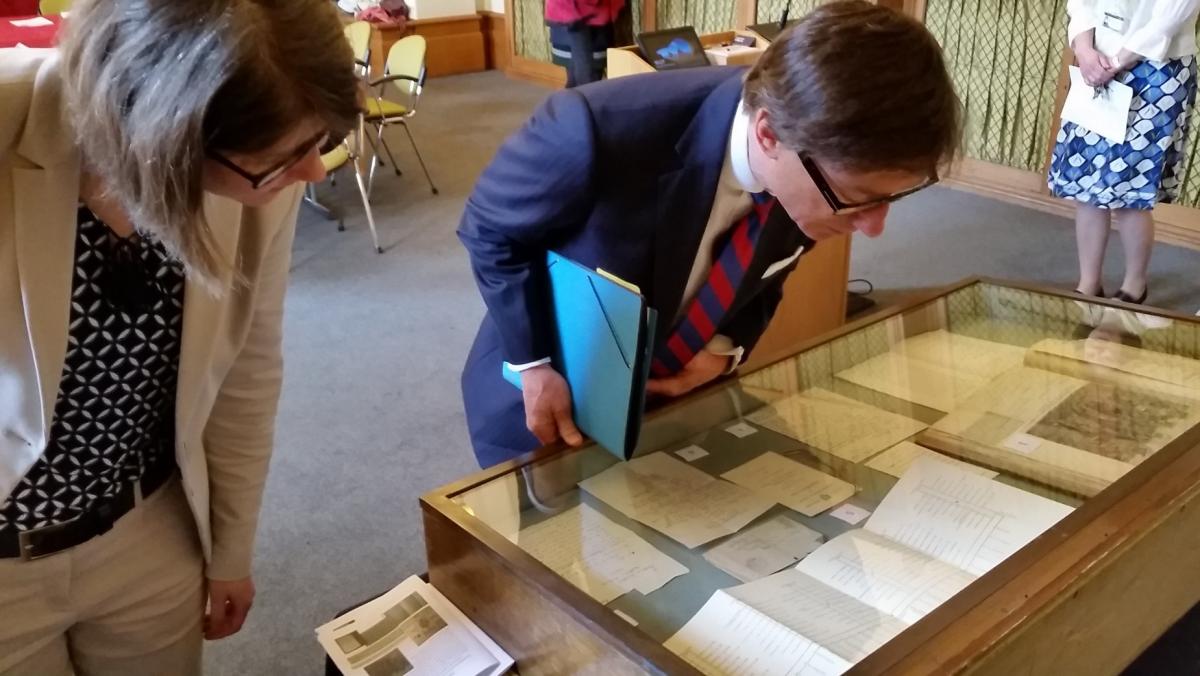 Dr Susanne Frane and Ambassador Peter Wittig looking at a display of documents of German language learning from the Taylorian, assembled by Emma Huber

Equally if not more important was the most generous hospitality he and his wife Huberta von Voss-Wittig extended on numerous occasions to academics and members of the Anglo-German community in general. His Berliner Salons became a highlight of the cultural calendar, opening up conversations between artists, academics, musicians, authors and philosophers. For me a particular noteworthy occasions for me were two literary dialogues taking place just before lockdown: on 3 February 2020 between Daniel Kehlmann and Ian McEwan about the novel “Tyll”, set during the 30-years-war, and on 3 March 2020 between Nicholas Shakespeare and John Le Carré. Their far-ranging discussion of the background of Anglo-German relationship provided a fitting Schlusspunkt for a remarkable period in the German Embassy. The planned leave-taking reception had to be cancelled due to Corona-Virus. It is all the more important to say good-bye at least in this virtual form – the German Sub-Faculty at Oxford is truly grateful for all the support received during the last number of years and very much hope that the link will continue – very much hoping to see both the Ambassador and his wife as guests at the postponed White Rose Symposium in 2021! Until then: Good-bye und Auf Wiedersehen from all of us!