The Home Service—Broadcasting to the World

Michaelmas Term 2020
Alexandra Reza
Alex Reza did a BA in English at Cambridge before coming to Oxford for an MPhil in International Relations and a DPhil in French and Portuguese. Now a JRF at Trinity, she has been on the airwaves without leaving her kitchen. 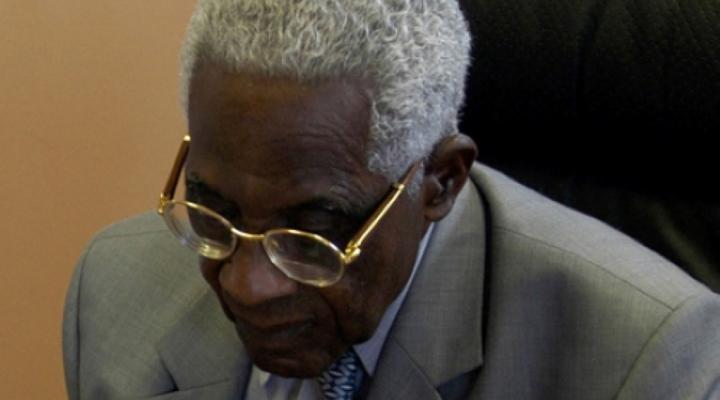 Recording radio programmes in lockdown involves surrounding yourself in cushions and hiding under a duvet. It’s good for the acoustics, apparently. Going into the studio wasn’t possible, so the producer had asked me to create an absorptive sonic environment at home. 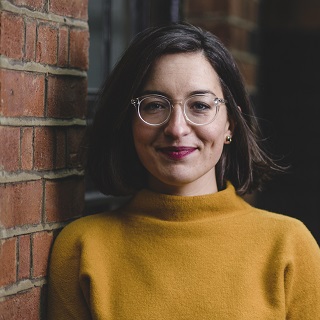 In March of this year, I was chosen as one of ten 2020 ‘New Generation Thinkers’ by the BBC and the Arts and Humanities Research Council. The scheme, which has run for a decade, gives early career academics a chance to broadcast their research on national radio. Of course, it was exciting to make it through the auditions. There was talk of literary festivals and unspecified but doubtlessly high-profile events. Someone mentioned a tourbus. Cut to May and my partner was hauling into the kitchen every item of soft furnishing we could find in our flat, whilst I rebooted the internet. Not what I had imagined, but in the end it went well. I enjoyed the soothingly muffled quality of my newly padded kitchen, which provided apt conditions to record my first radio essay on kitchens in recent writing by the French-language writers Marie NDiaye and Maryse Condé.

This year it has been particularly interesting to transmit my normally written research on the radio because I have actually been working on histories of broadcasting. For several years my research has focused on anti-colonial literary journals published in Paris and Lisbon around African decolonisation. That work asks what it was about the form of literary journals such as the Paris-based Présence Africaine and the Lisbon-based Mensagem that produced the expansive and affiliative thinking of the anti-colonial moment. Around decolonisation, the relationships between different parts of the world and between writing, culture, politics and society were re-imagined in new and exciting ways.

More recently, my research has centred on Conakry, the capital of officially French-speaking Guinea, in West Africa, after independence. Guinea was the first African country to win – or, perhaps more accurately, wrest – independence from the French empire and, in the early years of the new Guinean republic, a long procession of writers, artists and activists from Europe, America, Cuba and all over Africa converged on the country. Conakry assumed a particular place in histories of Portuguese anti-imperialism, too, as the Guinea-Bissauan and Angolan liberation fronts set up representations in city.

In that work I’ve continued to think about how the journal form was creatively taken up and stretched around decolonisation. For example, I’m writing about how the PAIGC, the Guinea-Bissauan liberation front, began to broadcast their journal, Libertação, on the radio in several languages, to produce a magazine for readers who couldn’t read. Amélia Araújo, a PAIGC militante, was appointed the station’s main broadcaster. Her voice became familiar to listeners all over the region. In Senegal, the women’s magazine Awa reported on the PAIGC radio women broadcasting from Guinea.

My research argues that the multilingual radio-magazine was a form that responded to, and tried to undermine, the Portuguese colonial authorities’ obsession with collecting information about dissidents, but was also a remediation of the journal cultures that had sustained black internationalism in earlier decades. The station also began to function as a repository of national music culture, recording the songs and music of militants who came from all over the country to the PAIGC Conakry headquarters. In the 1960s, transmitting to a dispersed audience across a huge region, the PAIGC hoped that the radio would be “a means of drawing us closer.”

For the next recording I did, on the work of the Martinican writer Aimé Césaire, whose Cahier d’un retour au pays natal (Notebook of a Return to My Native Land) has long been a set text for prelims in French, it still wasn’t possible to go into the studio. By then it was October, and any novelty of this locked down year had categorically worn off, but being able to bring my research into histories of empire, creative practices and critical thought into conversation with a wider public has been one way of feeling connected across the social distance.