Studying at Oxford with a disability

Trinity Term 2022
Anonymous
A first-year undergraduate, who has chosen to remain anonymous, recounts some of the challenges faced by students with disabilities. 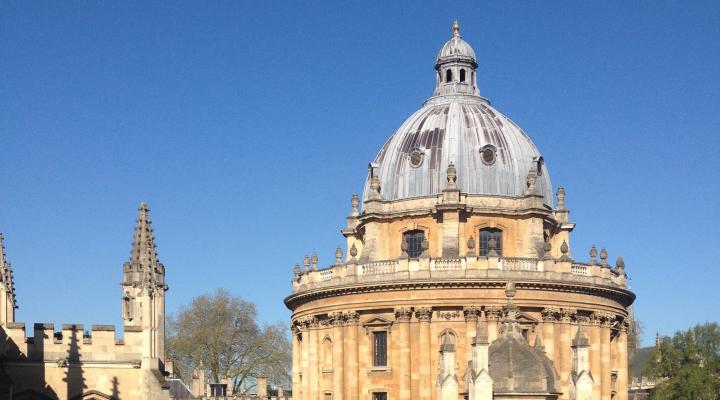 The nurses all clapped when I told them my news. I had been offered a place at the University of Oxford to study for a BA in Modern Languages. A dream come true. Having had to prematurely terminate my studies in mathematics at the University of Cambridge twenty years previously, due to medical conditions, my decision to read modern languages at Oxford surprised many health professionals. They did not appreciate the passion with which I approach studying, nor the extent of my love for languages. At Oxford, however, these factors have never been brought into question.

It cannot be denied that studying for an undergraduate degree at the University of Oxford provides most students with a challenge, stretching them beyond their previous limits. As a student with disabilities, I have extra challenges to face, although the university ensures that I am not left to face them alone. I suffer from Bipolar Disorder and Obsessive Compulsive Disorder (OCD), both of which are controlled by a considerable amount of medication, which, as a side-effect, causes extreme somnolence. I also have an Autistic Spectrum Condition (ASC) and a physical tremor in both of my hands.

The above medical conditions all impact on my ability to read modern languages. Due to the sedating effect of my medication, and the degree of cognitive impairment it creates, it takes me longer to carry out tasks, including reading primary and secondary texts. This obviously affects me in all areas of my studies. The hand tremors result in the need for extra time in order to produce documents and also for adaptive speech-to-text computer software, since my handwriting, particularly in situations where time is important, such as during examinations, has largely become illegible. Selecting and learning to use the aforementioned software has been an interesting experience, particularly since I need the computer to recognise what I am saying in more than one language. I was extremely disgruntled when, having configured the computer to function in my target foreign language, one of the versions of adaptive software could not recognise the words I was attempting to pronounce in that language at all!

It is the OCD and ASC which produce somewhat more hidden needs. One of the facets of my OCD is a need to respect symmetry. I become perturbed by lines and the spaces between them on printed paper and it is therefore very helpful if I am able to have copies of lecture handouts in advance of lectures, so that I can familiarise myself with their layout. This is also imperative because of the other distractions I face in lectures: the ASC can cause me to become overwhelmed and distracted by external stimuli, impinging on my concentration; and my tremor makes me much slower at taking notes, so the less I have to write, the better. Having the lecture notes in advance allows me to concentrate on listening to the lecturer, allowing me to understand and follow what they are saying and to benefit from their knowledge and passion for their subject. Recording the audio of lectures for my own personal use is also helpful, as I know that, if I miss writing down a note of a certain point, I will be able to locate it in the recording later. I always, of course, obtain permission, via email from the lecturer in advance of their lecture series, to make an audio recording.

Finally, getting around between faculty and university buildings can sometimes provoke anxiety, and I was very kindly shown around all such buildings associated with my course when I first arrived in Oxford, to abate this potential anxiety.

The Faculty of Medieval and Modern Languages, the Disability Advisory Service and my college have all been exemplary in ensuring that I profit optimally from my studies here, regardless of my disabilities. Furthermore, I have encountered not even the slightest resistance on the part of academics to help. Lecturers have been willing to provide me with handouts in advance of lectures and have allowed me to record them. The consequence of all proactive support? I find a pleasure in studying Modern Languages at The University of Oxford which is superseding my expectations. The University is opening up a world of foreign literature, thought and critical theory to me which leaves me astounded by its beauty, power and resonance.