Sílvia Xicola holds a BA in Translation and Interpreting (English/Catalan/French/Spanish) specialising in legal translation (Pompeu Fabra University, Barcelona). She has been an official sworn translator for the Spanish Government since 2000. PG in Teaching Catalan to Adults, she has worked as a language teacher, proofreader and translator for the last 10 years for the Catalan Government, the Barcelona City Council, the Catalan Television and the Open University of Catalonia. She specialises in teaching writing and oral skills both in Catalan and Spanish. Sílvia also studied Illustration and Fine Arts in Barcelona and has participated in group and solo exhibitions. 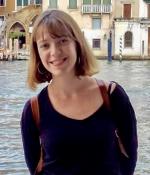