Dorothée’s research interests revolve mostly on postcolonial Africa, with a particular focus on the connection between literature, history and gender.

Her doctoral dissertation offered an intellectual history of Angola through the analysis of fiction literature, questioning the relevance of the disciplinary divide between literature and history in an African context,  examining the ambivalent status and role of writers in Angola after independence, and highlighting the misogynistic nature of the Angolan struggle for liberation.

Her current project adopts a comparative perspective and looks at the postcolonial literature of Zimbabwe, Angola, Algeria and the Congo (Brazzaville) to examine the literary legacies of revolution and internal conflict in postcolonial Africa.

At Oxford, Dorothée  has taught Lusophone African literature to undergraduates and graduates, on authors such as Pepetela and Mia Couto, as well as on childhood in Lusophone Literature, African historical novels and Women Writers from Lusophone Africa. She is also involved with the MSt in Women Studies. 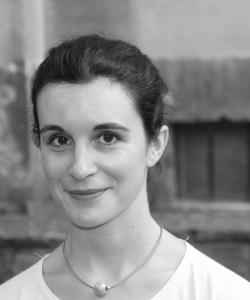