My research focuses on German literature and culture of the late eighteenth and nineteenth centuries, and its later reception. Particular interests include German Romanticism, the writing of E.T.A. Hoffmann, myth, orientalism, and cultural transfer. I have also published on the practice and perception of authorship in the second half of the nineteenth century.

I was awarded my Ph.D at the University of Edinburgh in 2013, for my thesis ‘The Image of the Orient in E.T.A. Hoffmann’s Writing’. My first book, derived from this thesis, is entitled E.T.A. Hoffmann’s Orient: Romantic Aesthetics and the German Imagination, and was published in Legenda’s ‘Germanic Literatures’ series in 2016.

I am now working on a new project about the influence and critical reception of German Romanticism in contemporary German and world literature. I also enjoy public engagement work and have contributed to a podcast series on the composer Gustav Mahler, produced by Aaron Cohen of New York Public Radio: https://www.theworldofgustavmahler.org/

As a former attendee of the Sutton Trust Summer School (now replaced by UNIQ Summer School at Oxford), I am particularly interested in schools access work. I have led seminars at UNIQ and college-based academic taster sessions.

‘The Author in the Popular Imagination: Views from the Nineteenth Century’, Special Issue of Forum for Modern Language Studies, 54:3 (2018) (with Sandra Mayer)

MHRA Working Papers in the Humanities, 6: ‘Melancholy’ (2011) (with Alex Stuart) 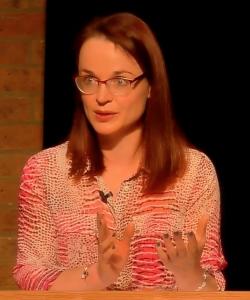