Kathleen is a Post-Doctoral Research Assistant on the AHRC-funded project ‘Out of the Wings’ (www.outofthewings.org). The aim of the project is to develop a resource aimed at both researchers and theatre practitioners, designed to bring Spanish plays to the attention of English audiences. There are three areas on the site: Modern Spanish theatre, Spanish American Theatre, and Spanish Golden Age theatre. Kathleen works on the Spanish Golden Age area of the site with Jonathan Thacker.

Kathleen’s D. Phil. research took place within the context of the RSC’s Spanish Golden Age Season in 2004-05. She collaborated with Jack Sage to deliver an annotated literal version of Pedro, the Great Pretender to translator Philip Osment, answering queries as he developed his English version of the play. She was then hired as script consultant to participate in the daily rehearsal processes for Laurence Boswell’s The Dog in the Manger and stayed on to perform a similar role for Mike Alfreds’s Pedro, the Great Pretender. For both of these directors, she gave in-rehearsal access to the original Spanish text, providing dramaturgical research to feed the rehearsal process. She is currently revising the thesis as a monograph.

Kathleen teaches theatre from the perspective of performance. Using both classroom and studio-based methods, she teaches on the Spanish course for St. Edmund Hall in Oxford, lectures on the Finalists course in Cambridge, and teaches drama at the University of Sussex.

Staging the Spanish Golden Age: Translation and Performance, current book project based on my D.Phil. thesis.

“The Evolution of Translation Values from Pre-Production through Rehearsal” The Mercurian: A Theatrical Translation Review 1.4, Fall 2008, 12-22.

“The Role of the Dramaturg in the RSC’s Spanish Season” Literary Managers and Dramaturgs of the Americas Review 17.2, Spring/Summer 2007, 10-15. 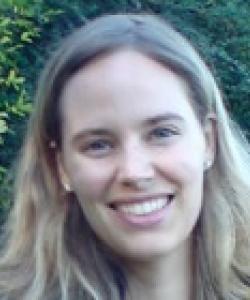