My research to date has focused mainly on Czech literature from the late nineteenth century to the present, and Slovak and Russian fiction from the late Socialist period to the present.  I have written monographs on the ways in which Czech, Russian and Slovak fiction changed during and after the fall of Communism and on the leading Czech Avant-garde novelist and playwright, Vladislav Vančura, studies on topics including post-war Czech writing about the Czechoslovak-German borderlands and the countryside in contemporary Czech fiction, and articles devoted to individual writers including Ladislav Fuks, Peter Pišťanek, Václav Prokůpek and Alena Vostrá. I am currently writing a monograph on Czech rural conservative writing between the world wars.

I am also interested in the international circulation of Czech literature through translation, including in the broader comparative context of the circulation of less well known literatures. From 2014 to 2016, I was Principal Investigator of an AHRC Translating Cultures Research Innovations project, Translating the Literatures of Small European Nations (http://www.bristol.ac.uk/arts/research/translating-sen/).  The edited volume arising from this project (https://www.liverpooluniversitypress.co.uk/books/id/51590/) features chapters on Bosnian, Catalan, Czech, Danish, Dutch, Greek, Maltese, Polish, Portuguese, Serbian, Slovene and Swedish literature. I have worked closely with various publishers who specialize in Czech and Slovak literary translation and have contributed afterwords to book translations of writers including Fuks, Antonín Bajaja, Jaroslav Durych, Viktor Dyk, Daniela Hodrová and Josef Jedlička.

I welcome research student enquiries on any topic relating to Czech and /or Slovak literature in a broad range of cultural, historical, socio-political and comparative contexts. I have supervised doctoral projects on the portrayal of medicine in inter-war Czech and Russian literature and cinema and the role of Penguin Books in the translation of Russian classics, and masters research projects on the idea of Central Europe, Nikolai Gogol and Mikhail Bulgakov and Viktor Pelevin and posthumanism.

Literature in Post-Communist Russia and Eastern Europe: The Russian, Czech and Slovak Fiction of the Changes, 1988-1998, London, New York: RoutledgeCurzon, 2005.

‘Translating the Literatures of Small European Nations: A Picture from the UK, 2014-2016’, co-authored with Jakob Stougaard-Nielsen, Rhian Atkin and Zoran Milutinović. A report arising from our AHRC Translating Cultures project, which sets out the key findings of our workshops and interviews with translators, large and independent publishers, literary agents and state and third-sector promoters of translated literature, available at: https://www.bristol.ac.uk/media-library/sites/arts/research/translating-lits-of-small-nations/Translating%20Smaller%20European%20Literatures%20Report(3).pdf 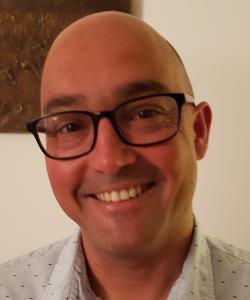