I  work at the crossroads of the intellectual history and literature of early modern France and Europe envisaged from a global perspective. My research provides early modern genealogies to the very notions of identity–the country, the nation, the self–that contemporary transcultural and post-colonial discourses seek to interrogate. Humanism itself was one such transcultural phenomenon: early modern vernacular accounts of nation and selfhood arise from the translation, creative assimilation but also critique of a past classical heritage. The transnational Republic of Letters, whose network relayed humanist erudition and the travel narratives of cultural encounters in colonial outposts, also played a crucial part in early modern delineations of anthropological, political and confessional identities.

My first book, Cosmographical Novelties: Dialectic and Discovery in Early Modern French Prose (Brepols, 2016) highlights the ways in which the humanist retrieval of classical logic and rhetoric provided early modern thinkers with the discursive toolkit they needed in order to shape and disseminate in new vernacular genres the worldviews arising from the so-called Scientific Revolution and from the Great Voyages.

I am currently writing my second book, ‘La Nature et esprit que chacun ha’: Ingenuity in Renaissance Literature from Erasmus to Descartes. Steering clear of grand rationalist narratives of the early modern emergence of a  universal conception of human nature, the book outlines the sixteenth and early seventeenth-century efforts in medicine, rhetoric and poetics to come to grips with the diversity of human natures and wits experienced in encounters with ‘ancient texts and new worlds’­–for example by Pantagruel and Panurge across the archipelagos of the Quart livre.

I teach Magdalen undergraduates the first-year Prelims course in French. For Honours, I teach second and final years sixteenth- and seventeenth-century texts (papers VII and X). I also teach translation into French and from early modern French.

I lecture across the period; I will be giving commentary lectures on Pascal in Michaelmas this year, before starting a new paper on ‘The Global Renaissance’–an early modern counterpart to the Francophone paper–in Hilary. I am committed to the close reading of texts and to actors category: the past may well be a foreign country, yet one way of making it familiar is to try to speak the language. I will run a seminar this year for the Renaissance and Baroque Mst. Whenever possible, I try to teach with rare books in Magdalen library.

I welcome applications from prospective postgraduate students working on early modern French and European (neo-Latin) texts, especially those interested in the interplay between scientific culture and literature, wanting to read travel narratives, to investigate diplomatic encounters, or to explore early modern translation.

Garrod, R., with A. Marr (eds),  Cartesian Ingenuity. Embodied Cognition in the Philosophy of René Descartes, Forthcoming, submitted to press.

Champion, M., R. Garrod, Y. Haskell and J. Feros Ruys ‘But Were They Talking about Emotions? Affectus, affectio and the History of Emotions’,  Rivista Storica Italiana, 2017: 2, 521-43

I was educated  in various state schools in the DOM-TOM, before reading French and English at Paris IV, Sorbonne. I then sat my agrégation in French literature and language and taught in secondary schools in France for two years.

I  came to the UK for an M.Phil in European culture at Cambridge, and carried on with a PhD as the Knox scholar at Trinity college. I then took a junior research fellowship  at Newnham college, before heading for two years to Australia to work on Jesuits within the Australian Research Council Centre of Excellence for the History of Emotions (CHE). I came back to Cambridge in 2015 to join the ERC project ‘Genius before Romanticism: Ingenuity in Early Modern Art and Science’ at CRASSH.

I took the post of tutorial fellow in French at Magdalen in 2018. 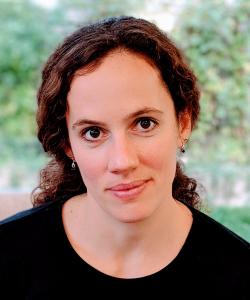