The main focus of my research is on French and Gallo-Romance, though I have also published on the syntax of other Romance varieties (Spanish, Venetian, Sardinian, and Sicilian). I am currently writing a monograph entitled Syntactic Change in French for OUP, which will chart the development of a range of phenomena from Latin through to contemporary French and consider their significance for formal syntactic and historical linguistic theory.

I am always keen to hear from prospective graduate students working on topics within synchronic or diachronic Romance morphosyntax as well as general topics within historical linguistics and French linguistics.

I have interests in school governance and educational policy and am happy to participate in access and admissions initiatives both within Oxford and elsewhere. Alongside responsibilities for organising the UNIQ course in French, I am currently coordinating a national project to improve the number of care-leavers accessing Higher Education. I believe it’s important for those of us in HE to participate actively in education at all levels and have served as Vice-Chair of Directors of a Multi-Academy Trust and Vice-Chair of Governors at a Sixth Form College.

Under Contract. Syntactic Change in French.

Under Contract. Continuity and Variation in Germanic and Romance. Oxford: Oxford University Press (with Christine Meklenborg).

2019. “Redefining the typology of V2 languages: The view from Medieval Romance and beyond”. Linguistic Variation 19 (1) Special Issue ‘A Micro-Perspective on V2 in Romance and Germanic’, 16-46.

In Prep. “Sentential Word Order” In J. Garzonio A Grammar of Old Venetian. With Cecilia Poletto.

Submitted. “Resumption in Medieval Romance: Reconsidering SI”. In L. Haegeman, K. De Clercq, T. Lohndal and C. M. Salvesen (eds.) And then there were three. The syntax of V3 adverbial resumption in Germanic and in Romance: a comparative perspective. Oxford: OUP. 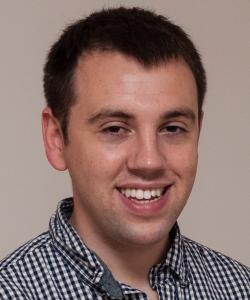