Following my education in non-selective state schools in the U.S., I pursued undergraduate and postgraduate study and taught at both private and public institutions before coming to Oxford. I welcome applications from excellent students from all corners of the globe and from all walks of life. I also share the University’s commitment to an inclusive environment, which ‘promotes equality, values diversity and maintains a working, learning and social environment in which the rights and dignity of all its staff and students are respected.’

My research interests are in French literature of the nineteenth century. My work has focused in particular on poetry, and on questions of subjectivity, authority, collaboration, and parody. In addition to projects on Rimbaud, Verlaine, and on literature during the Second Empire and around the time of the Paris Commune, I am writing a book on Baudelaire’s prose poetry. I am also the editor of the scholarly journal Nineteenth-Century French Studies, which received the 2016 Phoenix Prize for Significant Editorial Achievement from the Council of Editors of Learned Journals.

French language and literature of the modern period, especially the nineteenth century.

(cotranslator, with Corry Cropper) Le Grand Jacques [Richard Lesclide], The Manual of the Velocipede (under consideration)

Leaving Parnassus: The Lyric Subject in Verlaine and Rimbaud (Rodopi, 2007) 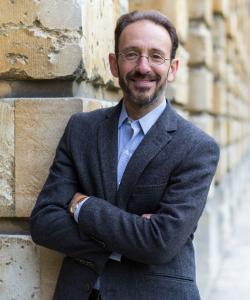