Wes Williams’ main research interests are in the field of Renaissance and/or early modern literature; he has written a book on pilgrimage writing, and continues to explore travel narratives of various kinds across the period. He is now writing a book on monsters and their meanings from, roughly, Rabelais to Racine (by way of Shakespeare, Montaigne and a few others). He also works on European film, and in the theatre as a writer and director.

I welcome enquiries about graduate work in all aspects of Renaissance and early modern literature and cultural history. I have also jointly supervised doctorates in film studies, and regularly teach on the Graduate Literary Theory course.

‘Strange Fruit: The Culture of Pilgrimage from Mandeville to the Missionaries’, in: Forms of the Medieval in the Renaissance: A Multidisciplinary Exploration of a Cultural Continuum (EMF: Charlottesville, 2000), 205-224

‘Rubbing up against Others: Montaigne on pilgrimage’, in: Voyages and Visions: Towards a Cultural History of Travel (Reaktion: London, ), 101-123. 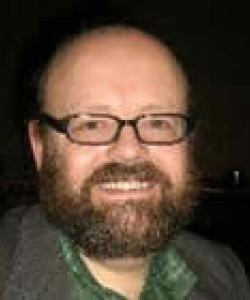