Compassion’s Edge: Fellow-Feeling and its Limits in Early Modern France

Compassion’s Edge examines the language of fellow-feeling—pity, compassion, and charitable care—that flourished in France in the period from the Edict of Nantes in 1598, which established some degree of religious toleration, to the official breakdown of that toleration with the Revocation of the Edict in 1685. This is not, however, a story about compassion overcoming difference but one of compassion reinforcing division: the seventeenth-century texts of fellow-feeling led not to communal concerns but to paralysis, misreading, and isolation. Early modern fellow-feeling drew distinctions, policed its borders, and far from reaching out to others, kept the other at arm’s length. It became a central feature in the debates about the place of religious minorities after the Wars of Religion and continues to shape the way we think about difference today.

Compassion’s Edge ranges widely over genres, contexts, and geographies, taking in epic poetry, novels, moral treatises, dramatic theory, and theological disputes. It takes up major figures such as D’Aubigné, Montaigne, Lafayette, Corneille, and Racine, as well as less familiar Jesuit theologians, Huguenot ministers, and nuns from a Montreal hospital. Firmly rooted in early modern studies, the book also reflects on the ways in which the language of compassion figures in contemporary conversations about national and religious communities. Investigating the affective undertow of religious toleration, Compassion’s Edge provides a robust corrective to today’s hope that fellow-feeling draws us inexorably and usefully together. 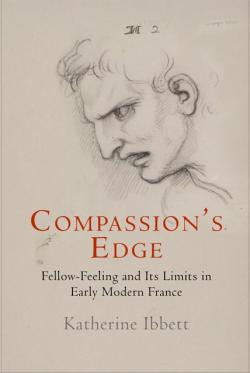