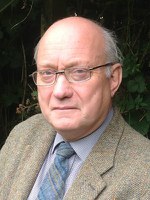 Nigel F. Palmer was Professor of German Medieval and Linguistic Studies in the Faculty of Modern Languages and Professorial Fellow at St Edmund Hall from 1992 until his retirement in 2012. Before taking up the Statutory Chair, he was Tutorial Fellow in German at Oriel College (1976-1992).  He read Modern Languages as an undergraduate at Worcester College (1965-1969) and completed his DPhil thesis (1975) whilst holding a Lecturership at Durham University (1970-1976). His thesis, published in the prestigious series Münchener Texte und Untersuchungen, examines the German and Dutch transmission of the Visio Tnugdali. This monograph already heralds some of the key strands of his later research: religious writing, manuscript transmission, and the relationship between Latin and the vernacular(s).

In his subsequent research, Professor Palmer also engaged extensively with the relationship between text and image, be it literary reflections of mythography, or the iconography and layout of blockbooks and prayer books. One of his most spectacular publications is an edition and commentary (with Jeffrey Hamburger) on an illustrated prayer book, the Begerin-Gebetbuch from Strasbourg (now in Bern). He was also extremely interested in book ownership and the impact of this on cultural practice, often in a regional context. He was co-founder of the international research project ‘Literary topography of South West Germany in the later Middle Ages’ which aims to establish a literary history of this region on the basis of manuscript sources and library history. He was exceptionally well placed to bring together German philology with Anglophone scholarship on materiality. With his broad intellectual curiosity and collaborative mindset he was also able to bridge different academic cultures more generally.

Professor Palmer’s research achievements and tireless services to Medieval Studies have been widely recognised.  He was made a Fellow of the British Academy in 1997, and a Corresponding Fellow of the Medieval Academy of America (2008) and of the Academy of Sciences in Göttingen (2010).  In 2013 he received an honorary doctorate from the University of Bern. In 2007 he was awarded the Research Prize of the Alexander von Humboldt Foundation, and in 2022 the inaugural Meister Eckhart Research Prize.

He was also held in great affection by colleagues and students for his personal qualities. He was enormously supportive of other people’s research, particularly that of younger people, and was renowned for his friendliness, enthusiasm, common sense and good humour.