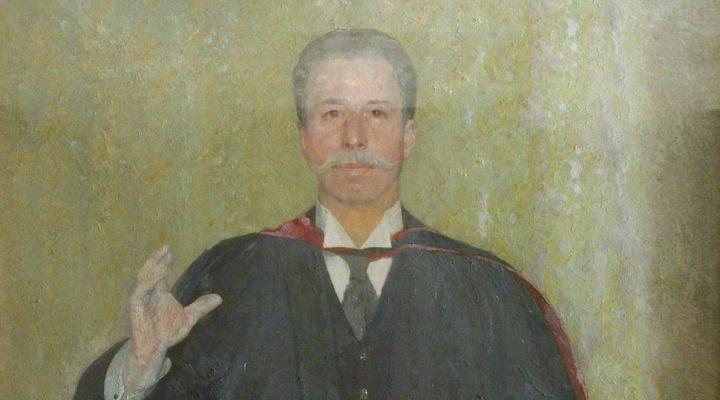 The Taylor Chair of the German Language and Literature – now, thanks to the generosity of the Dieter Schwarz Foundation, firmly established as the Schwarz-Taylor Chair – was founded in 1907. It was named after the architect Sir Robert Taylor (1714-88) who left the bulk of his fortune, £180,000, to support ‘the teaching and improving the European languages’ at Oxford. The money became available only in 1835, and by the time the magnificent neo-classical Taylorian Institution had been completed in 1845, there was little left to endow a Chair.

Nevertheless, once the Faculty of Modern Languages was founded, its first examinations being held in 1905, a Chair of German was needed. Its first holder was Hermann Georg Fiedler (1862-1945), whose bust and portrait are still on show in the Taylorian. A Saxon, trained at Leipzig, and an Anglophile married to an Englishwoman, Fiedler moved to Oxford from the chair of German at Birmingham. He was primarily a mover and shaper, largely responsible for creating in 1928 the structure of the Modern Languages syllabus which, despite minor modifications, survives today. His influence secured an honorary degree for the dramatist Gerhart Hauptmann, who responded by portraying Fiedler as ‘Professor Geiger’ in Vor Sonnenuntergang (1932). Fiedler edited The Oxford Book of German Verse (1915) and its companion anthology, German Prose (1943); he was a dedicated teacher, but produced little original scholarship, though his posthumously published Textual Studies of Goethe’s ‘Faust’ (1945) is a fascinating micro-examination of misprints. For Fiedler, who believed that the study of languages could promote international understanding and world peace, the First World War was deeply distressing. The anonymous Times obituarist thought that after 1914 he was ‘never quite the same man’. 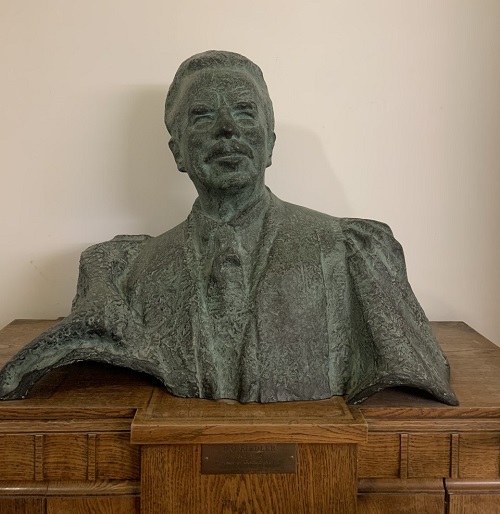 Fiedler’s successor, James Boyd (1891-1970), had fought in the War and been wounded. It was presumably this injury that ended a promising career as a violinist. After his Oxford degree, Boyd taught at Heidelberg, Cape Town and Bristol before returning to Oxford as Reader in German in 1931 and as Taylor Professor from 1937 to 1959. He edited Blackwell’s German Texts, which for many years introduced school students to many German classics, and himself contributed the much-used Notes to Goethe’s Poems (1944, 1949). His academic reputation rested mainly on his Goethe’s Knowledge of English Literature (1932), originally a thesis submitted for the now defunct B.Litt. degree; though short on analysis, it covers a range of material which might nowadays be thought ambitious for a D.Phil.

Ernest Ludwig Stahl (1902-92), whose parents had emigrated from Bavaria to South Africa, was almost certainly among Boyd’s pupils at Cape Town. He completed his education at Wadham, with a first in German in 1927, and at the universities of Heidelberg and Bern, where he produced and published his doctoral thesis on the concept of Bildung and the Bildungsroman (1934), still an important book. Teaching at Birmingham, he became friendly with the poet Louis MacNeice, and figures as ‘Ernst’ in the latter’s The Strings are False (1965) and as the ‘dignified and diligent’ don ‘Aloys’ in his Autumn Sequel (1954). The two worked together on a new translation of Goethe’s Faust for the BBC Third Programme. Stahl’s later contributions to scholarship were short but pithy studies of Hölderlin, Schiller and Kleist. He became a Student (i.e. Fellow) of Christ Church in 1945 and held the Taylor Chair from 1959 to 1969. To my regret, I never met him, though I lived for a while in the same road; but he was then aged and infirm. His personality, and his tactful conduct of his graduate seminar, are affectionately commemorated in the memoir T.J. Reed wrote for the Oxford Dictionary of National Biography.

His successor, Siegbert Salomon Prawer (1925-2012), who published as S.S. Prawer, was the most dazzling and wide-ranging scholar ever to occupy the Taylor Chair. Arriving with his family from Nazi Germany at the age of 14 with minimal English, within a few years he graduated in English and German from Cambridge and was rapidly appointed to a lectureship at Birmingham. From there, via the Chair at Westfield College, London, he came to Oxford as Taylor Professor in 1969. As a lecturer he was charismatic and fascinating; in his graduate seminars he was an awe-inspiring, seemingly omniscient presence. I have written elsewhere about the numerous personal kindnesses he showed me over many years. Siegbert wrote compulsively, fluently and elegantly (he never learned to use a word-processor). All I can do here is list the subjects of his books: German poetry; Romanticism; Mörike (his one book in German); Heine (four books); song (he compiled the Penguin Book of Lieder, 1964); Karl Marx and world literature; Freud and English literature; comparative literature; Thackeray (three books in his retirement); and cinema (five books). He himself appeared on screen in a cameo role in the Merchant-Ivory film Howards End (1992), for which his sister, the distinguished novelist Ruth Prawer Jhabvala, wrote the screenplay. At the moment I am re-reading his Caligari’s Children: The Film as Tale of Terror (1980), marvelling at his comprehensive knowledge of film history (he had seen everything) and cinematic techniques, and at the warmth and enthusiasm with which he draws the reader in.

Lack of space allows me to do little more than name his two successors. Jim Reed (as he is invariably known, though he publishes as T.J. Reed in English and Terence James Reed in German), of whom Siegbert once told us graduates: ‘he’s the brightest of us all’, was for many years a Fellow of St John’s before accepting the Taylor Chair in 1989. Having consolidated his reputation with a still unsurpassed study of Thomas Mann (1974), he increasingly turned to Weimar Classicism and became an internationally renowned Goethe scholar. In an energetic retirement he has made the case for the German Enlightenment (2009, 2015) and extended his range with a comparative study examining the genesis of literary works from Homer and the Bible via the German classics plus Montaigne and Shakespeare down to Christa Wolf (2020).

After Jim’s retirement the Chair was offered to a German, Manfred Engel, best known for his work on Rilke, Kafka, and the eighteenth-century novel. Working a good deal with Manfred, I noted especially his commitment to academic dialogue through conferences and his skill at raising money for them from such highly competitive bodies as the Thyssen Foundation. However, Manfred found that if he stayed too long in Britain he would forfeit his German pension, so after three years in Oxford (2007-10) he returned to his former chair at Saarbrücken, where he is now engaged on half-a-dozen book projects.

Of my own tenure of the Taylor Chair (2010-21) I shall simply say that while it has provided many rewards, the best has been the regular contact with a group of dedicated and formidably talented graduate students – and the hope they give for the future.