I was born and raised in New York. The Cold War mentality of the 1970s gave Russian civilization a great mystique. I made my first trip to Russia at the end of my school years the very week that the Soviet Union invaded Afghanistan. The Iron Curtain had an incredible mystique and also inspired bafflement – if you looked not too far below and behind the surface gloom and deprivation there were fantastic traditions of culture, literature, cinema and art. The noble life-stories of writers who dedicated themselves to truth and art was also highly gripping. Alexander Solzhenitsyn’s Nobel Prize Lecture which I read as a schoolboy made a monumental impression although my professional interests have now carried me far from his fiction.

I have been visiting professor at Berkeley, Columbia, and the Ecole Normale Superieure, rue d’Ulm, and have given invited lectures at IRLI, St Petersburg, the Anna Akhmatova Museum, St Petersburg; and in recent years at the universities of Cambridge, Columbia, University of Colorado (Boulder), Yale University, and Harvard University. Andrew Kahn is a Fellow of the British Academy.

My research falls into four areas:

1.  The Russian Enlightenment in its comparative European context

I am the author of a number of studies, a major translation, a monograph and editor of a forthcoming book that aim to revise our understanding of the modernization and secularization of Russian culture in the 18th century through the transmission of fundamental ideas of the Western European and British Enlightenment to Russia during the reign of Catherine the Great.  My skill set includes an excellent knowledge of French and English literature and thought in the period, history of science, and classical literature and its reception in this period.  I also have a very good knowledge of institutional history of the Russian Enlightenment and its Academies and an excellent knowledge of rare printed sources (often pursued in rare book libraries all over the world). Without this learning I could not ask the questions that I think are important to the subject and of interest to me.  On this basis I have pursued questions about the impact of science on literature, the image of the nobleman, the figure of the Enlightened despot, the key area of translation, and the capacity of literature to raise philosophical consciousness have all sought to reveal the quality and type of engagement with ideas that transformed Russian elite culture and thought.  The edition of Montesquieu’s masterpiece The Persian Letters published by OUP in its trade series is actually quite a scholarly production, and gave me a chance to pursue some questions outside the Russian context and for a larger audience.

For the past several years I have had an excellent collaboration with Dr Kelsey Rubin-Detlev, currently Foote Junior Research Fellow, The Queen’s College, Oxford, and from January 2018 Assistant Professor at USC, Los Angeles. We have produced a pilot database of the correspondence of Catherine the Great, called CatCor, to be launched in summer 2018. The databse has attacted support from the British Academy/Leverhulme Foundation and the John Fell Fund.  For two years we ran a highly successful international TORCH Network called Enlightenment Correspondences: http://torch.ox.ac.uk/enlightenmentcorr

2.  The work of Alexander Pushkin

Much of my research has been on the work of Russia’s most famous writer, Alexander Pushkin.  I am the author of a monograph on Pushkin’s most important narrative poem the Bronze Horseman.  My book on Pushkin’s lyric poetry that aims fundamentally to revise the notion that his poetic genius was effortless, naïve, all style and no intellectual content.  It aims to lay bare just how his engagement with key concepts about the body and soul, the imagination, Nature—many of them part of the Enlightenment legacy in which he was so well read—informs his writing at a far more profound level than interpretations have allowed.   The book made it onto the cover of the Times Literary Supplement has been well received in many scholar journals and provoked considerable argument and disagreement, which is good too.  I edited the Cambridge Companion to Pushkin, which contains much new research by a distinguished group of scholars, and continue to write articles about Pushkin.

Outside the above areas of concentrations I have produced a steady stream of articles on major poets of the 20th century. I suppose it was on that basis that I was commissioned to write the new chapter entry on Russian poetry for the new Princeton Encyclopedia of Poetry and Poetics, which is probably the reference Bible for scholars in all literatures who work on poetry.  The common denominator of these items of research is that they explore the connection between poetry and aesthetic and political movements of the period.  I am at the beginning of a new generation of projects, and continue to believe that much of what I am doing has a revisionist value because I look at new material and also at familiar material in a new light and in a much deeper context than has been customary.  One example of this would be the work I am currently doing on Osip Mandelshtam, for many the greatest Russian poet of the 20th century, whose poems of the 1930s have been overlooked as too difficult and puzzling.  The entire book as I write is aimed at dismantling an ossified critical method that simply doesn’t work for the subject.  Potentially these arguments can radically change scholarly views on his development and genius.  One reviewer of Pushkin’s Lyric Intelligence said that the book had a lot to teach people who work on poetry in general.  I’d like to think that this new project, which is one among several, might offer some new thoughts on how to understand difficulty of the linguistic and representative kind that we find in modern poetry.

As co-author of a major substantial new History of Russian Literature, as well as articles on individual writers and their relationship to the literary canon, I have devoted much time to thinking about the whole question of national literary traditions and national identity–and perhaps surprisingly to the openness of Russian literature from the medieval period to the twentieth century.

A. Editions and Books:

4. Mikhail Lermontov, A Hero of Our Time, with Alexander Pushkin, Journey to Erzurum, translated by Nicolas Pasternak Slater, edited with an introductory essay and notes by Andrew Kahn (Oxford: Oxford University Press, 2013).

9. N.M. Karamzin, Letters of a Russian Traveller, translated with an introduction, and commentary, SVEC  2003: 4[=Studies on Voltaire and the Eighteenth Century (Oxford: Voltaire Foundation, 2003), 593pp. ISBN 0 7294 0811 6.  This is the first complete English translation of the key masterpiece of the Russian Enlightenment with a scholarly commentary of 100,000 words.

Chapter:  ‘Russia’s Ovidian Poets from Pushkin to Brodsky’ in The Handbook to the Reception of Ovid, ed. John Miller and Carole  Newlands (Blackwell, 2013), 401-416.

Chapter:  ‘Russia’s Ovidian Poets from Pushkin to Brodsky’ in The Handbook to the Reception of Ovid, ed. John Miller and Carole  Newlands (Blackwell, 2013).

Chapter: ‘The rise of the Russian novel and the problem of romance’, in Remapping the rise of the European novel, ed. Jenny Mander (Oxford: Voltaire Foundation, 2007), pp. 185-199.

‘Self and Sensibility in Radishchev’s Puteshestvie iz Peterburga v Moskvu: Dialogism and the Moral Spectator’, in Self and Story, edited by Laura Englestein and Stephanie Sandler (Cornell University Press, 2000).

I review for the specialist journals in the field, including Slavonic and East European Review, Slavic Review, Revue des Études Slaves.

I have reviewed a wide range of books for the Times Literary Supplement, including two leading essays entitled ‘The Great Brodsky’, 4 May 2007, and ‘Causework’, Sept 10. 2010. 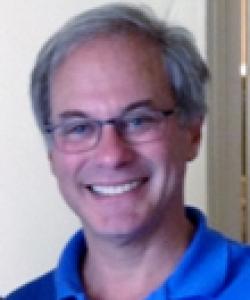