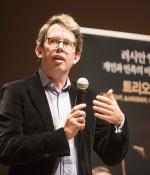 I am currently working on an interdisciplinary study of the relationship between words and music in Russian culture from the late eighteenth century to the present day, with a specific focus on the literary, musical and cultural history of the art-song repertoire, as well as on aspects of opera too. I continue to be interested in the modernist prose writers of the early-Soviet period, particularly Andrei Platonov (on whom I wrote my doctorate) and Isaak Babel’. My main areas of methodological expertise include theories of gender and sexuality, interdisciplinary approaches to the relationship between literature and the other arts, and the study of translation, reception and cultural exchange. I am a member of several international networks, including Writing 1900 (a research project jointly hosted by the University of Oxford and the Humboldt University in Berlin), the Study Group for Russian and East European Music (supported by the British Association for Slavonic and East European Studies), and the International Platonov Seminar. Since 2015, I have served as an elected member of the ‘wissenschaftlicher Beirat’ of the Tschaikowsky-Gesellschaft, and together with Alexandra Lloyd and Laura Tunbridge, I run the Oxford Song Network: Poetry and Performance at TORCH (The Oxford Research Centre in the Humanities). 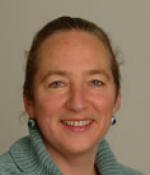 Professor Curtis’s published research has largely been focused on subversive writers of the early Stalin Period (1920s and 1930s). She has spent a great deal of time working in archives in Russia and abroad, and this has enabled her to publish a range of analytical and biographical studies of the life and works of the satirical novelist/playwright Mikhail Bulgakov (1891-1940). More recently she has turned her attention to Evgeny Zamiatin (1884-1937), an anti-utopian writer much admired by George Orwell. Recently she completed work on the first full biography of Zamiatin to appear in any language; she has also co-edited (with a St Petersburg colleague) a scholarly edition in Russian of his most famous novel, based on a unique typescript she discovered in an American archive.

Professor Curtis has developed a particular interest in Russian drama, and runs a specialist option for students which involves the study of plays from the 1820s right up to the present day. Over the last few years she has been involved in helping with productions of Russian plays in several British theatres (the RSC at Stratford, the Barbican and National Theatres in London, the Belgrade Theatre in Coventry) by providing cast workshops, writing programme features, working on translations, and advising directors and design staff. Future research plans include a study of the 21st-century theatre scene in Russia, parts of which have been notably bold in their challenges to the political establishment.

Working title of thesis: Hero Worship and Discourses of Heroism in the USSR under Brezhnev 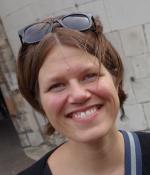 Hanne Eckhoff works on historical Slavonic linguistics, especially Old Church Slavonic and the history of Russian. She has been involved in several large-scale digital corpus projects, and runs and maintains the Tromsø Old Russian and OCS Treebank (TOROT). 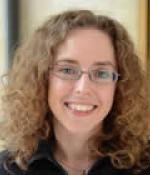 Professor Polly Jones teaches a wide range of modern Russian literature, culture and language for the faculty and college, and has published widely on Soviet literature and cultural politics, especially of the post-Stalin period (1953-91). She also appears regularly on radio and TV to talk about Russian culture and history. 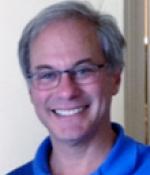 I work on Russian literature and Russian cultural history from the late eighteenth century to the present day, and I have published a large number of books and articles on topics including urban history (St Petersburg: Shadows of the Past, Yale University Press, 2014), gender history and women’s writing, the history of childhood (Children’s World, Yale University Press, 2008 and Comrade Pavlik, Granta 2005, Russian translation 2009, Czech translation in process). I am the author, for Oxford University Press, of the Very Short Introduction to Russian Literature,  and the editor of the anthology Utopias for Penguin. Soviet Art House, a study of Lenfil’m studio in the 1960s-1980s, appeared with Oxford University Press New York in 2021. I am now starting work on a ‘history and film’ project (focussing on the USSR after 1953) and am also writing a book in the ‘Russian Shorts’ series (Bloomsbury Publishing), Russian Food since 1800: Empire at Table. Lockdown experience of baking and fermentation has come in handy! 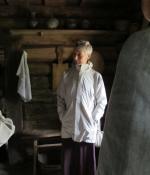 Starting from my doctoral dissertation on the history of Bulgarian syntax, my research has focused primarily on the delimitation and interaction of various Slavonic vernaculars and the medieval literary language, Church Slavonic.  My primary data are drawn from the various translations of the Psalter produced up to the fifteenth century, and my investigations touch on the origins of Old Church Slavonic, medieval translation technique, evidence for prosodic and morphosyntactic developments (e.g. in clitic use, word division, tense distinctions, mood and verbal aspect), the principles and practice of textual criticism in application to Church Slavonic material, the palaeography of Cyrillic and Glagolitic manuscripts, and Church Slavonic hymnographical traditions. 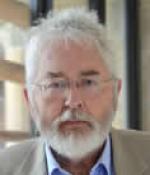 The bulk of Nicholson’s publications have been on Aleksandr Solzhenitsyn and Varlam Shalamov, with other writings on Dostoevsky, Pil’nyak, D.S. Mirsky and Maurice Baring.  He spent two years as O’Connor Visiting Professor at Colgate University and in 2005 was made an Honorary Professor of Henan University, China.  His current project is a study of Solzhenitsyn’s writing in the 1930s to 1950s, and he has translated several of Solzhenitsyn’s  writings, most recently the literary film scenario Tanks Know the Truth (2013).

Oliver Ready is a literary scholar and translator specializing in Russian prose of the late- and post-Soviet periods, and in nineteenth-century literature, especially Gogol and Dostoevsky. 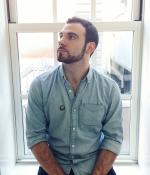