Professor Curtis’s published research has largely been focused on subversive writers of the early Stalin Period (1920s and 1930s). She has spent a great deal of time working in archives in Russia and abroad, and this has enabled her to publish a range of analytical and biographical studies of the life and works of the satirical novelist and playwright Mikhail Bulgakov (1891-1940). She has also explored the life and works of Bulgakov’s friend and contemporary  Evgeny Zamiatin (1884-1937), an anti-utopian writer much admired by George Orwell. In 2013 she published the first full biography of Zamiatin to appear in any language; she has also co-edited (with a St Petersburg colleague) a scholarly edition in Russian of his most famous novel, We / Мы, based on a unique typescript she discovered in an American archive.

After publishing a new biography of Mikhail Bulgakov in 2017 ((Reaktion Books and University of Chicago Press: Critical Lives, 2017), she is currently completing a Companion to ‘The Master and Margarita’, Bulgakov’s most famous novel, for Academic Studies Press (Boston, USA), which will be published in 2018 or 2019.

Professor Curtis has developed a particular interest in Russian drama, and runs a specialist option for students which involves the study of plays from the 1820s right up to the present day. Over the last few years she has been involved in helping with productions of Russian plays in several British theatres (the RSC at Stratford, the Barbican and National Theatres in London, the Belgrade Theatre in Coventry) by providing cast workshops, writing programme features, working on translations, and advising directors and design staff.

She is currently undertaking research on 21st-century drama written in Russian in Russia, Ukraine and Belarus, which has been notably bold in its challenges to the political establishment and to socially conservative values. This research is being developed in association with two parallel research projects (2016-2020) funded by the AHRC Open World Research Initiative (OWRI) at the Universities of Oxford (https://www.creativeml.ox.ac.uk) and Manchester (http://projects.alc.manchester.ac.uk/cross-language-dynamics/). She will be editing a volume of essays and interviews on this topic for I.B. Tauris, due to be published in 2020. 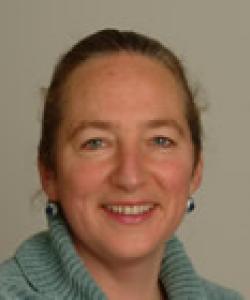