I have published widely on Soviet culture and politics, and teach a wide range of modern Russian literature, culture and language at undergraduate and graduate level for the faculty and college. My main research interests are the literature and cultural politics of the post-Stalin period (1953-91), but also include: Soviet literature (1917-91); the Gulag and Stalinist terror in literature and film; memory politics and trauma fiction; Soviet and socialist bloc propaganda and censorship; samizdat and dissidence; biography in Russian culture; and Russian and Soviet historical fiction. I appear regularly on radio and TV to talk about Russian culture and history, and acted as consultant to Armando Iannucci’s film ‘The Death of Stalin’ (2017).

I am currently working on two, interlinked projects connected to Gulag history and ‘unofficial’ Soviet culture in Russia and Ukraine. Firstly, I am completing a short book, Gulag Fiction from Stalin to Putin (under contract with Bloomsbury). Secondly, I am embarking on a new collaborative project, ‘The 101st kilometre. Provincial Marginality from Stalin to Gorbachev’. This project extends my long-standing interest in the boundaries between Soviet and unofficial culture, in exploring and mapping the migration and settlement patterns and communities produced by Soviet restrictions on residency in major Russian and Ukrainian cities for Gulag returnees and other ‘marginals’. A description of my collaboration with the Ukrainian historians Tamara Vronska and Olena Styazhkina on this project appeared recently in History Workshop. The first academic article from the project, about the literary community in the 101st kolimetre town of Tarusa, has also appeared in Slavic Review.

Previous projects have focussed on the memory politics of post-Stalinism and the role of literature in reimagining the Soviet past. My first monograph, Myth, Memory, Trauma. Rethinking the Stalinist Past in the Soviet Union, 1953-70 (Yale UP, 2013) argues that de-Stalinization of the 1950s and 1960s was not a primarily dissident memory project: cautiously encouraged by the Soviet authorities, Stalin’s ‘cult of personality’ became a legitimate, albeit highly controlled and often controversial, theme in Soviet literary and historical writing and in public discussion. My second monograph, Revolution Rekindled. The Writers and Readers of Late Soviet Biography (OUP, 2019) is the first book-length study in any language of one of the largest Soviet biographical series, Fiery Revolutionaries (Plamennye revoliutsionery), which ran from 1964 to 1990, produced over 150 texts about an astonishingly wide range of ‘revolutionaries’, and came to include many of the leading writers of the period. The book traces the complex practices of late Soviet editing, writing and reading, and the fluidity of the boundaries between Soviet and ‘unofficial’ or ‘underground’ cultural production.

I welcome research student enquiries on topics in 20th or 21st-century Russian literature and cultural studies, and transnational or interdisciplinary projects on the socialist bloc, memory studies and biography. Current and recent research supervision includes:

I completed my BA, MPhil and DPhil degrees at Oxford (New College and St Antony’s College). I was the Harlech scholar at Harvard, and held junior research fellowships at St Antony’s college (the Max Hayward fellowship) and Worcester College. I was lecturer for seven years at the School of Slavonic and East European Studies, University College London, and a Davis fellow at Princeton University’s Davis Center for Historical Studies before taking up the Schrecker-Barbour fellowship and Associate Professorship at University College in 2012; I was promoted to Professor in 2020. My research has been funded by the British Academy, Leverhulme Trust, CEELBAS, John Fell Fund and EHRC. I currently serve on the management committee of TORCH (the Oxford Centre for the Humanities).

The Leader Cult in Communist Dictatorships. Stalin and the Eastern Bloc (Basingstoke: Palgrave, 2004). Co-edited with B. Apor, J. Behrends, A. Rees.

Policies and Practices of Transition in Soviet Education from Revolution to the End of Stalinism, special issue of History of Education, 2006. Co-edited with A Byford.

‘‘Life as big as the ocean’: Bolshevik Biography and the problem of personality from late Stalinism to Late Socialism’, Slavonic and East European Review, 96:1 (2018), 144-73

‘The Fire Burns On? The Fiery Revolutionaries Biographical Series and the Rethinking of Propaganda in the Early Brezhnev Era’, Slavic Review, 74: 1 (2015): 32-56

‘The “thaw” goes international. Soviet Literature in Translation and Transit in the 1960s’, in A. Gorsuch, D. Koenker, The Socialist Sixties. Crossing Borders in the Second World (Indiana University Press, 2013)

‘Reimagining the Enemy. Soviet Images of the West after the Second World War’, in Drawing the Curtain. The Cold War in Cartoons (London: Fontanka, 2012)

‘Memories of Terror or Terrorizing Memories? Terror, Trauma and Survival in Soviet Culture of the Thaw’, Slavonic and East European Review, 82:2, 2008.

‘“A Symptom of the Times”: Assigning Responsibility for the Stalin Cult in the Soviet Literary Community, 1953-64’, Forum for Modern Language Studies, 42: 2, 2006 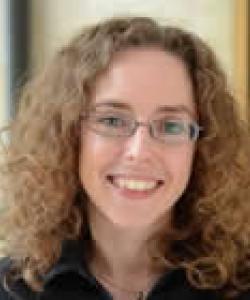