I was born and brought up in London, and studied Russian there and at the University of Voronezh, USSR. After holding a Junior Research Fellowship and a British Academy Post-Doctoral Fellowship at Christ Church, Oxford, I was employed for three years at the University of London (SSEES) before taking up my present post in 1996. Oxford is an excellent place to work on Russian culture – there are first-rate libraries, a resident community of Russians, and a fine collection of paintings and drawings in the Ashmolean Museum. I also regularly visit Russia (Covid permitting), where I have a long-standing collaboration with the European University, St Petersburg, and I have done research and given lectures and talks in numerous other Russian cities also, including Moscow, Ekaterinburg, Vologda, and Kazan’, as well as in other parts of the former USSR where Russian is widely spoken, for instance Kyiv, Riga, and Almaty.

I work on Russian literature and on Russian cultural history, particularly Russian modernism, gender history, the history of childhood, national identity, the recent history of Leningrad/St Petersburg, and the institutional and production history of Russian and Soviet cinema. Grants from the Leverhulme Trust and the British Academy, as well as the University of Oxford and New College, 2002-2007, funded my work on Children’s World (Yale U.P. 2008) (see http://www.mod-langs.ox.ac.uk/russian/childhood). From 2007 to 2011, I led a large international project on Russian national identity, sponsored by a major grant from the Arts and Humanities Research Council (see http://www.mod-langs.ox.ac.uk/russian/nationalism). My study of cultural memory in Leningrad/St Petersburg since 1957, supported by work in archives, interviews, and first-hand observation as well as work with printed sources, St Petersburg: Shadows of the Past, was published by Yale University Press in 2014. Soviet and Post-Soviet Identities, co-edited with Mark Bassin, came out in 2012 from Cambridge University Press. I have published extensively on the preservation of architectural heritage, and the history of cinema in the post-Stalin years, particularly under Brezhnev. My other interests include oral history (for information about the Oxford Archive of Life History, see http://www.ehrc.ox.ac.uk/lifehistory). I have also published literary translations, particularly of poetry, and have frequently written for the general literary press (particularly The Guardian and The Times Literary Supplement) and appeared on radio and TV. I have been a member of juries for literary and book prizes (the Independent Prize for Foreign Fiction, the Pushkin Russian Book Prize, and the Joseph Brodsky Prize for the translation of Russian poetry) and for the Golden Arch film prize (Moscow, 2018 and 2019). I am on the editorial board of several leading specialist journals, including Kritika, Russian Review ,Slavic Review, Slavonic and East European Review, and Antropologicheskii forum/Forum for Anthropology and Culture (St Petersburg). In 2015, I was President of the Association of Slavic„ East European, and Eurasian Studies, USA (ASEEES) – the only person so far not working at a US university to hold this position.

For a podcast about my research on childhood (the interviewer is writer and translator George Miller, a graduate of the Faculty), see http://podularity.com/2008/02/15/russian-childhood/. A video clip appears on http://vimeo.com/87023564. For other interviews about the book on Petersburg, see Alexander Kan, BBC World Service, http://www.bbc.co.uk/russian/multimedia/2014/01/140118_5f_kan_petersburg_book.shtml (in Russian) and also http://www.abc.net.au/radionational/programs/saturdayextra/shadows-of-the-past3a-st-petersburg/5258316 (ABC Radio, Sydney).

Socialist Churches: Radical Secularization and the Preservation of the Past in Petrograd and Leningrad, 1918-1988 (Northern Illinois University Press, 2016).

‘Leningrad Cuisine/La cuisine leningradaise: A Contradiction in Terms?’, Forum for Anthropology and Culture, no. 9 (2013), http://anthropologie.kunstkamera.ru/files/pdf/eng009/kelly.pdf

With Svetlana Sirotinina, ‘ “I didn’t understand, but it was funny”: Soviet state festivals through the eyes of children’, Forum for Anthropology and Culture, 5 (2008). http://anthropologie.kunstkamera.ru/files/pdf/eng005/kelly_sirotinina.pdf.

I am happy to work across a wide range of different eras and subjects. My former graduate students at doctoral and master’s levels have covered topics such as iconoclasm in the post-Stalin era, the culture of Russian spas, the rise of literary academia in the late nineteenth century, literature teaching in the Stalinist school, the revival of local memory in North-Western Russia in the 1960s-present day, domestic space in Russian silent film, heroism in the Brezhnev years, ballet in the 1920s, writers’ rest homes in the post-Stalin years,  the Komsomol in the 1960s, and post-colonial writings in the former USSR. I am currently supervising theses on the biography of Ekaterina Furtseva, domesticity in the Brezhnev era, urban space in St Petersburg, neo-classical drama in early twentieth-century Russia, violence in contemporary Russian culture, and memories of perestroika.

I give tutorials for New College, Merton, and other Oxford colleges on a variety of different authors and topics. Among regular courses that I give at Faculty level are an introduction to Russian film for the first year, a series on St Petersburg and Leningrad in Russian literature, workshops on literary translation, an introduction to poetry by Russian women, an introduction to Russian modernism, and an introduction to major works by Leo Tolstoy. I often supervise assessed work such as extended essays, bridge essays for History and Modern Languages, and projects for the Gender in Russian Culture course, which is examined by portfolio submission, and particularly enjoy this area of working with undergraduates. 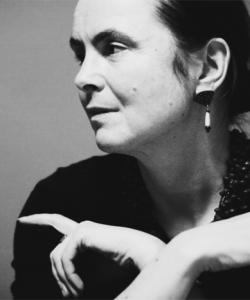