My main research interests lie in medieval and early modern French literature, and in challenging the conventional distinction between them. As my postgraduate training was in Comparative Literature (French, Classics and Italian), I have a keen enthusiasm for working across national boundaries as well as chronological ones. My areas of specialty are literature and gender, courtly and erotic literature, and the influence of classical antiquity on medieval and early modern Europe. I am completing a book on the figure of the female addressee in medieval and sixteenth-century French and Italian literature; it considers both the literary and ethical implications of addressing literature to women. My current research project is a study of the literary and political afterlives of Virgil’s Aeneid in medieval and early modern France, with a focus on Aeneas and Dido as refugees who become founders of states.

I teach French literature from the Middle Ages through the seventeenth century. I also teach translation from French to English. 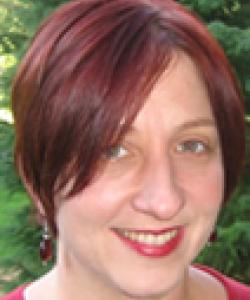