Christina Howells’s research work centres on Continental philosophy, literary theory, and twentieth-century French literature. She is particularly interested in post-war French thought, for example Sartre, Derrida, Lacan, Lyotard, Foucault, Levi-Strauss and Levinas. She has also published with Routledge a Reader of articles by twenty-eight contemporary French women philosophers. Her latest monograph explores ideas of subjectivity and mortality in late twentieth-century French thought, and, together with Gerald Moore, she has recently co-edited a collection of essays on Bernard Stiegler for EUP .

Christina gives seminars in Literary Theory for the MSt; she also teaches 20C French Thought for the MSt. She is happy to consider applicants for doctoral supervision in a variety of aspects of her research areas, and especially Sartre, Derrida, and theories of subjectivity. 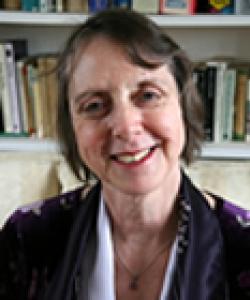