My current research builds on my background in cognitive literary studies to investigate the connections between narrative reading and eating disorders. I triangulate amongst a range of empirical methods, which have so far included a large-scale survey study, experiments involving reading full texts in their entirety, and computational analysis of social media data. The most striking result so far is that reading fiction specifically about eating disorders is typically perceived as harmful by people with an eating disorder, while reading other fiction is perceived as neutral or positive.

This work has developed out of my longer-standing interests in how readers respond to fiction as well as what makes text seem realistic. My doctorate and my first monograph, Kafka’s Cognitive Realism (2014), explored Kafka’s works in terms of their “cognitive realism” in the realms of perception and emotion, applying cognitive-scientific findings and theories directly to the analysis of textual features and readers’ potential interactions with them. In this context I became especially interested in “second-generation” cognitive science, which takes seriously the embodied, enactive, embedded, and extended nature of the mind—factors which are crucial to understanding eating disorders as well as literary responses.

As I see it, literary studies is likely (and deserves) to survive as a respectable academic discipline only if it gets concertedly empirical, and starts to put the overwhelming number of untested theories it has generated (many of them untestable by design) to the test. The epistemology of literary studies needs fixing theoretically as well as empirically: Texts exist and have effects only because human minds create and interpret them, and the longer the mainstream of literary scholars ignore the sciences of the mind, the more self-limiting and irrelevant their work will become. If, by contrast, literary studies manages to turn itself around and start contributing in a more than piecemeal fashion to a collaborative investigation of how embodied minds and texts interact, then we’ll have a chance of filling some of the knowledge gaps that really matter.

I’m currently cosupervising one DPhil (PhD) student, Srinandini Mukherjee. Her doctoral project investigates (including through experiment) how readers respond to 19th-century French fantastic short stories, with a focus on the vividness of their visual mental imagery. Feel free to email me if you’re conducting or thinking about a research project in the cognitive and/or health humanities and would like to set up a Zoom chat. 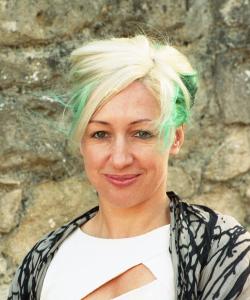