My main research interests lie in the field of 20th-century French literature and philosophy, and particularly the relationship between those domains. I have published on writers and thinkers such as Maurice Blanchot, Jacques Derrida, Samuel Beckett, Roger Laporte, and Jean-Luc Nancy, and on topics that include literary time, reading and the senses, the role of the imagination, and the responsibilities of the writer. Life writing is another interest of mine, as is reflected in my most recent book on the autobiographical works of Louis-René des Forêts.

At Masters level, I regularly teach on French options on Modern Thought and Life Writing, and on the core course on Key Questions in Critical Thought. Current and recent DPhil supervision has included work on Proust, Beckett, Blanchot, in areas such as modern and contemporary French poetry, and on various topics in modern French thought. I welcome enquiries about doctoral supervision in a number of fields in modern and contemporary French literature and thought, especially: autobiography; poetry; Derrida and other figures associated with deconstruction.

‘The Subject, Abandoned: Jean-Luc Nancy’s Spacing of Freedom’, in Freedom and the Subject of Theory: Essays in Honour of Christina Howells, ed. Oliver Davis and Colin Davis (Cambridge: Legenda, 2019), 90-103

Editor, The Writer and Responsibility since the Second World War (Special Issue of Forum for Modern Language Studies, 2006) 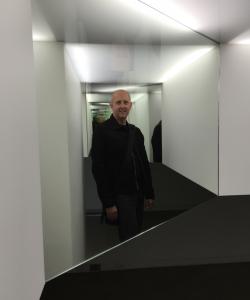