Professor of Literatures in French, Fellow of Exeter College

Jane Hiddleston’s research interests include francophone postcolonial literature, and literary theory. Her first book investigates notions of community in French philosophy and North African immigrant literature in French, and she has also published a study of the Algerian writer Assia Djebar, whom she situates in relation to contemporary French philosophy and postcolonial theory. In 2009, she published a student introduction to postcolonialism entitled Understanding Postcolonialism and, in 2010, a research monograph entitled Poststructuralism and Postcoloniality: The Anxiety of Theory. In 2014 she completed a monograph on francophone intellectuals at the time of decolonisation, entitled Decolonising the Intellectuals: Politics, Culture, and Humanism at the End of the French Empire, and she also published an edited volume, together with Patrick Crowley, on Postcolonial Poetics: Genre and Form, for the new Liverpool University Press series on Francophone Postcolonial Studies. She also edited a Special Issue of the International Journal of Francophone Studies, entitled ‘The Postcolonial Human’, in 2013. In 2017 she completed  a monograph entitled Writing After Postcolonialism: Francophone North African Literature in Transition, published by Bloomsbury Press.

Most recently, she was a member of the Oxford-led Open World Research Initiative ‘Creative Multilingualism’, and she co-edited together with Wen-chin Ouyang Multilingual Literature as World Literature (Bloomsbury 2021) as part of that project.

She is now working on a study of Frantz Fanon and his engagement with literature, as well as a book on Aime Cesaire for Polity’s Black Lives series.

Mst Key Questions in Critical Thought course, and Special Subject on Francophone Literature. I would be prepared to supervise Mst dissertations and DPhils in a range of subjects in francophone literature, postcolonial theory and literary theory.

Poststructuralism and Postcoloniality: The Anxiety of Theory. Liverpool University Press, 2010.

Decolonising the Intellectual: Politics, Culture, and Humanism at the End of the French Empire. Liverpool: Liverpool University Press, 2014.

The Postcolonial Human. Special Issue of the International Journal of Francophone Studies, 15.3-4, 2012.

Abdelkebir Khatibi: Postcolonialism, Transnationalism and Culture in the Maghreb and Beyond. Co-edited with Khalid Lyamlahy. Liverpool University Press, 2020.

‘Poetry in the World: Césaire, Glissant, and the Language of Landscape’, in Christian Moraru and Nicole Simek (ed.), Francophone Literatures as World Literatures, Bloomsbury 2020.

‘The Artist’s Journey, or, the Journey as Art: Aesthetics and Ethics in Abdelkebir Khatibi’s Pèlerinage d’un artiste amoureux and beyond’

‘Introduction: Abdelkebir Khatibi at Home and Abroad’, in Jane Hiddleston and Khalid Lyamlahy (eds.), Abdelkebir Khatibi: Postcolonialism, Transnationalism and Culture in the Maghreb and Beyond, Liverpool University Press, 2020.

‘Writing in the Languages of the World: Language, Literature and World in Edouard Glissant’s Late Theoretical Writings’, in Hiddleston and Ouyang (eds.), Multilingual Literature as World Literature, Bloomsbury 2021. 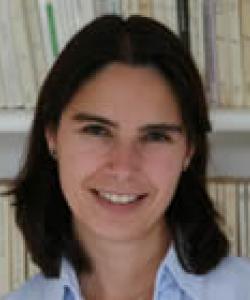