My first book, Goldoni in Paris: La Gloire et le Malentendu, was published with Oxford University Press in 2017. This book examines the thirty years that the Italian dramatist, Carlo Goldoni, spent living and working in France. He describes this period as the peak of his authorial career, yet critics have tended to view it as a failure, or forget about it entirely. This study tries to work out why. It re-examines both Goldoni’s own accounts of the period, and the context in which his Parisian career took place, in order to understand why he presented it as he did, and why this presentation went so badly wrong.

My current research studies evocations of authors in the genre of the dialogue des morts. I explore this commemoration of the author through textual means, asking how such texts draw on and reimagine an individual’s reputation in life, how they construct the social value of literature for their writers and audiences, and how they relate to new cultures of mourning and memorialisation in the late 18th and early 19th century.

As part of this project, I produced a critical edition of Olympe de Gouges’ Mirabeau aux Champs-Elysées and other related texts (MHRA, 2017), which provides a preliminary glimpse of the commemorative genre. In a similar vein, I co-edited a special issue of the journal Early Modern French Studies, entitled Anticipated Afterlives: Envisaging Posterity in Early Modern France (with Joseph Harris), which appeared in 2018. I am now working on a monograph drawing together much of this work. Provisionally entitled Imagined Afterlives in Eighteenth-Century France, it uses the dialogue des morts and other fictional afterlife texts to examine the use of the idea of posterity as an imaginative tool in late eighteenth-century France.

I am also involved in collaborative projects around the topic of death, in particular with Helen Swift, with whom I ran an event at Oxford’s Curiosity Carnival in September 2017. In 2018 I ran an MHRA-funded conference on ‘Death on Stage’. An edited volume based on this conference is forthcoming with Legenda in 2022, entitled Last Scene of All. Representing Death on the Western Stage.

Finally, I am interested in literary translation, and recently published an online, open access translation of Charles Palissot’s 1761 play Les Philosophes with OpenBook publishers as a collaborative project with my undergraduate students.

Other research interests include: the author and textual authority, gloire and posterity, names and anonymity, eighteenth-century theatre and dramatic theory, intellectual and literary networks, socio-historical approaches to literature, the commedia dell’arte, the Opéra-Comique, Franco-Italian exchange

I am Director of Studies in French at St Catz: please get in touch with any enquiries about the organisation of French teaching in the College. I teach French language across all three year groups (grammar, summary, translation into English and French, early modern translation into English, essay in French), as well as giving seminars and tutorials on the full range of Prelims texts, and the following Finals options:

I also lecture on a range of seventeenth- and eighteenth-century topics.

I contribute seminars to the Masters in the European Enlightenment, and have supervised dissertation work on eighteenth-century theatre. I welcome applications from graduate students at both Masters and DPhil level on any aspect of eighteenth-century literature and culture, especially theatre and dramatic theory, and Franco-Italian exchange.

I was educated at a state school in Cardiff, and studied French and Italian at Worcester College, Oxford. Following a Masters in the European Enlightenment, I completed my DPhil under the supervision of Alain Viala, before taking up a Junior Research Fellowship at Clare College, Cambridge. I returned to Oxford and joined St Catherine’s in 2015. I have a particular interest in outreach and widening access, having been involved in the UNIQ summer schools for several years, and given a number of talks to schools. Please contact me if I can be of assistance in similar activities. I am always delighted to receive applications from sixth-formers from non-selective state schools and colleges. 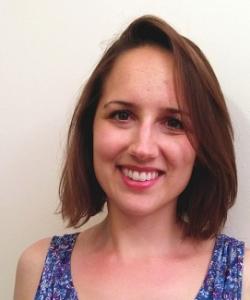