My doctoral project, funded by the Clayton-Graduate Scholarship of Merton College, investigates Walter Benjamin evolving theoretical writing style of the 1920s as intercultural criticism and encounter, navigating between avantgarde practices of Soviet Russia, Germany and France. Therefore, I want to examine and situate his modes of experimental writing in the horizon of international mediation between the three cultural political contexts of Moscow, Berlin and Paris. Benjamin’s transnational optic will be contextualised within his travels and efforts to extend his journalistic network in the role of a literary mediator to Moscow and Paris. By tracing his interest in forms and media of intercultural encounter in the 1920s––such as maps, travel reports, or journalistic networks––I will recast the significance of his Moscow experiences in the 1920s for his politicization, method as a critic and his cultural historiography and media theory around the French Avantgarde and Paris in the 1930s. The project was recently also affiliated to the German-Russian Research Network, Internationales Graduiertenkolleg Freiburg-Moskau ‘Kulturtransfer und “kulturelle Identität” – Deutsch-russische Kontakte im europäischen Kontext’. For the academic year 2021/22, I will be a visting researcher at the Leibniz-Zentrum für Literatur- und Kulturforschung in Berlin.

In more general terms, I am interested in Philosophy and Literature in the German, Russian and French tradition of modern thought, media and art theory, studies of transnationalism and cultural transfer, and how they intersect.

‘Dialogical Thinkers without (intercultural) dialogue. Russian and German-Jewish dialogism of the 1920s and the question of (trans)nationalism’ in: Jusaica Petropolina (under review)

From 2019-20, I served as Arts & Culture Officer of Merton MCR and as Academic Events Officer for the MML Graduate Network. For the latter, I organised the Literature & Philosophy Reading Group for the whole faculty and beyond and the 4th annual MML Graduate Network Conference on the topic ‘Voice and Vulnerability’.

From 2020-, I will co-convene the German Graduate Seminar at Oxford, introducing an overarching research interest on the intersection of ‘Disziplingeschichte’ and ‘Institutionengeschichte’. We arranged a lecture series on ‘German Studies outside Germany. Archives and Utopias of a Community of Practice in Oxford’ for HT and ‘German Studies in the UK’ for TT. The symposium was on ‘Archives and Utopias’. 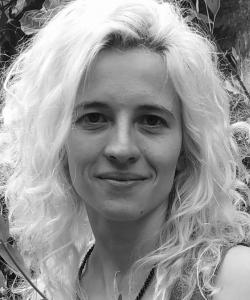