After obtaining my BA and DPhil in Modern Languages at Oxford, I took up my first academic post, teaching Renaissance French literature, at the Université de Haute-Bretagne (Rennes II), followed by the Kathleen Bourne Junior Research Fellowship (St Anne’s College, Oxford) and a three-year Lecturership in French at Trinity College. Subsequently, I have held the posts of Senior Lecturer in French at King’s College London, Professor of French at Oxford Brookes, and Professor of French and Head of the Department of Modern Languages at Exeter University. Throughout my career, I have enjoyed teaching extensively at undergraduate and graduate levels, and undertaking research, including holding major national and international research grants. I am currently Senior Tutor at Trinity College Oxford and hold the title of Professor of French.

Over my academic career, I have taught courses on early modern French and European literature and cultural history (especially Rabelais, Montaigne, and sixteenth-century poetry), and French language courses at all levels, including final-year courses in contemporary Advanced French Translation and Translation from Early Modern French. My French grammar books have been regularly used by students of Modern Languages. I enjoy working with graduate students at both Masters and doctoral level on areas related to my research interests.

I am currently working on the relationship between literary texts and vernacular medical writings in early modern France, and recently completed a project on ‘Birthing Tales in French medical works 1500-1650′ (www.birthingtales.org). My other current project is a translation into English of Agrippa d’Aubigné’s epic poem, Les Tragiques (1616), which was written during and just after the French Wars of Religion. It sets the sufferings of the French Protestants within the overarching context of what D’Aubigné sees as God’s eternal plan for his chosen faithful. His innovative style deliberately challenged conventions. The complete work has never previously been translated into English; my version is due to be published by AMS Press, Inc. New York.

I hold a Mellon-TORCH Knowledge Exchange Fellowship (2015-2017), through The Oxford Research Centre in the Humanities, to support my collaboration with the Royal College of Obstetricians and Gynaecologists and the De Partu research group on the history of childbirth. I am a member of the ‘Women’s Voices’ panel of the Royal College, and a lay member of their consensus group looking to establish benign gynaecology indicators for the UK. 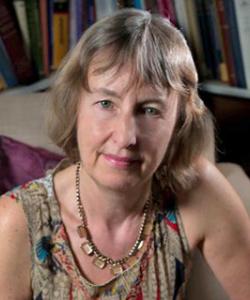