Why study at Oxford? 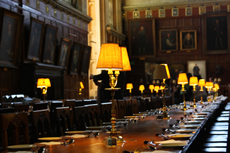 The faculty is one of the largest in the country, with over 100 academic staff and a thriving teaching and research community. It offers a wide range of languages — including French, German, Spanish, Russian, Italian, Portuguese, Modern Greek, Czech, and Polish. Some can be studied on their own, they can all be studied in combination with another language, and almost all of them also jointly with another subject. These subjects are English, Classics, History, Linguistics, Middle Eastern languages and Philosophy. In the Times Higher Education subject rankings 2016-2017 Oxford is ranked first in Arts and Humanities, and in the QS World University Rankings the university is ranked first in Modern Languages.

Immersion in language and literature

The main components of the Modern Languages degree are language and literature.

Language comprises 50% of both first-year and final examinations. On graduating, students can expect to speak fluently in colloquial and more formal situations, write essays, and translate with accuracy and sensitivity to vocabulary, styles and registers.

The literature element is a key part of the degree, providing an enriching and challenging experience. It provides a context for language study that broadens your understanding of culture and covers topics such as gender issues, popular culture, theatre studies, aesthetics, anthropology, art history, ethics, history, philosophy, politics, psychology and theology. You can choose to focus on a particular period — the medieval, the early modern or the modern era – as well as studying individual authors in depth. In the final year, a range of special subjects are available that allow you to specialise even further.

Non-literary subjects are also available in the form of linguistics, philology, advanced translation and film studies.

An essential part of your study is a year abroad in a country where your chosen language or languages are spoken. This is normally taken in the third year (those studying Russian from scratch or a Middle Eastern language go abroad in their second year).

Tutorials are central to study at Oxford. They give you the chance to discuss your subject in great depth and detail. Your tutor gives individual support and encourages you to develop your full potential. As well as tutorials in college, students attend faculty lectures and classes. The Oxford system combines the best of one-to-one or small-group teaching in college with the wealth of resources in the University.

The Taylor Institution is the University’s centre for the study of modern European languages and literatures. Its research library, one of the three central libraries of the University, contains the largest specialist collection in this field in Britain.

The Taylor building also houses the more recent Modern Languages Faculty Library, the main Oxford lending library for Modern Languages undergraduates. The Taylor Institution Library, with a book stock of around 500,000 volumes, concentrates on the literary and philological aspects of the main European languages (other than English), but also contains a considerable amount of general background material of use to researchers in the fields of history, philosophy and art. Its rare collection includes original texts from the 17th century onwards.

The Language Centre Library has one of the largest collection of materials for language learning in the UK. Currently there are 180 languages but the collection expands every year as new languages are added, often on request.

Languages degrees offer an abundance of valuable skills and knowledge that can help in the wider world in countless ways. For more information, take a look at our Careers page.