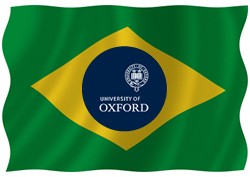 The discussion will be followed by a screening of cult director Luiz Fernando Carvalho’s elegant and textured adaptation of Nassar’s Lavoura Arcaica (1984); also recently published in English by Penguin Classics as Ancient Tillage. The text, set in the 1940s, portrays the return of a prodigal son to a family of Lebanese migrants who have settled in the interior of Brazil.

Participants:
Hayley Jones (International Development): The role of the Bolsa Família programme and its impact on poverty
Daniel Mandur Thomaz (Modern Languages): Stepping onto an unknown island: Antônio Callado at the BBC
Rafael H.M. Pereira (Geography and the Environment): Mega-events, transport legacy and the redistribution of employment accessibility: Rio de Janeiro as a case study

In this film homage to vinyl and Brazilian music from the 1970s, Durval owns a record shop in São Paulo but refuses to bow to the pressure of modernity, in the form of CDs. When a small girl is unexpectedly left in his care, Durval’s life changes for ever.

Pedro Meira Monteiro is Professor and Chair in the Department of Spanish and Portuguese at Princeton University. He works at the intersection of intellectual history and literature and has published on iconic cultural figures such as Mário de Andrade, Sérgio Buarque de Holanda and Machado de Assis.

The organizers are grateful for the support and assistance of St Peter’s College JCR, the Sub-Faculty of Portuguese and the Faculty of Modern Languages.

* Due to building work at St. Peter’s, access to the College is via the large metal gate by the Chapel (opposite ecco) in New Inn Hall Street.