At a recent ceremony at the Maison Française d’Oxford, the French Ambassador, His Excellency Mr Jean-Pierre Jouyet, presented Professor Patrick McGuinness and Mrs Geneviève Adams of the Faculty of Medieval and Modern Languages with the insignia of chevalier and chevalière of the ‘Palmes académiques’ which is awarded for distinction in the fields of culture and education. On the same occasion, former PVC Professor William James was made an officer in the same Order. 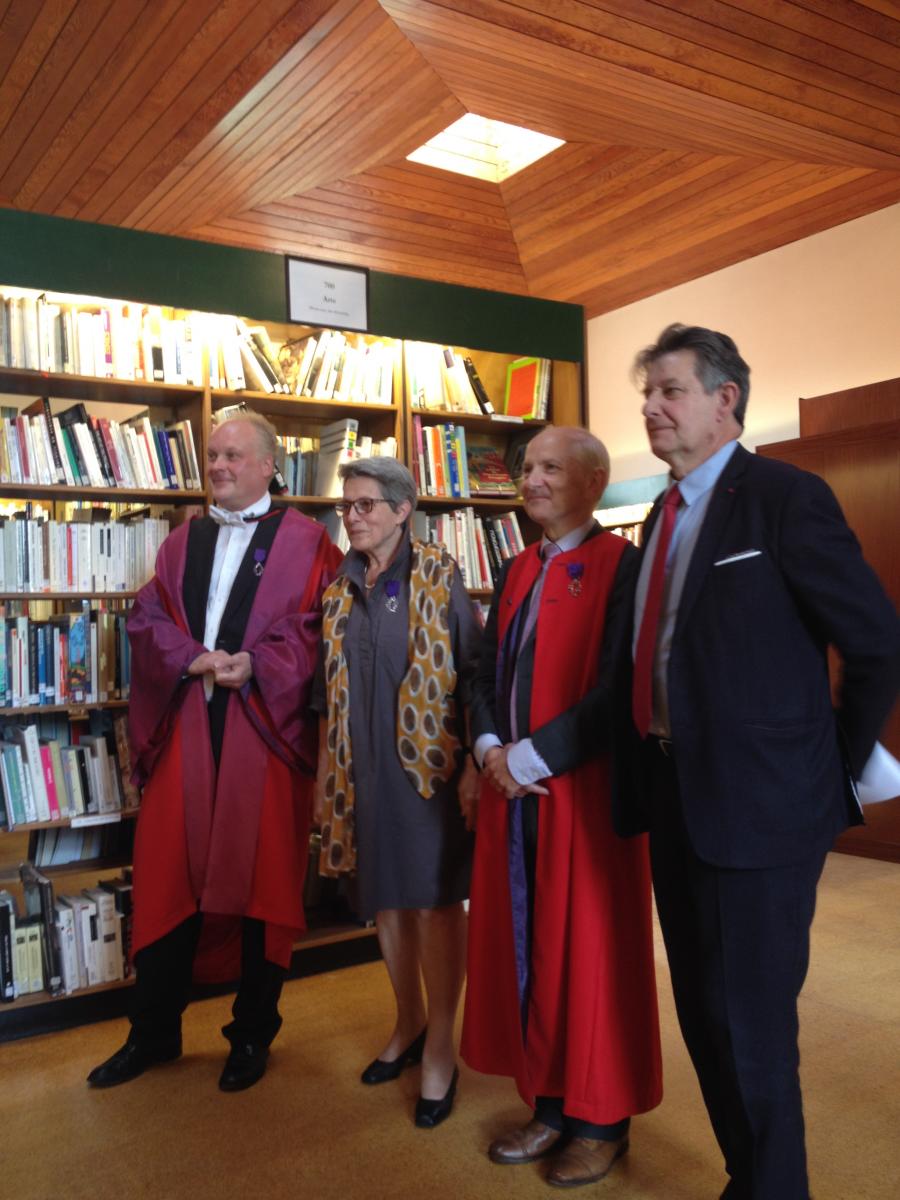